by Lagatar News
in National & International, Sports
A A 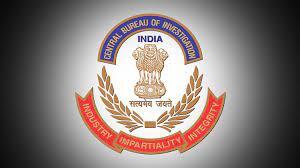 New Delhi, Aug 9: Jiashu Zhao, a Chinese national, is wanted in connection with one of the 2010 Commonwealth Games corruption cases involving the upgrading of Delhi’s Shivaji Stadium, according to officials. The CBI will shortly proceed for Zhao’s extradition.

They claimed that despite the CBI’s best efforts, Jiashu, who is claimed to be a representative of China Railway Shisiju Group Corporation in India, has not yet received a Red Notice from Interpol.

They said that the lack of an MLAT between India and China prevented the premier agency from enforcing non-bailable warrants against him.

The officials steadfastly declined to provide more information regarding the futile attempts made over the previous three years to obtain a Red Notice from Interpol against him.

In a chargesheet submitted by the CBI in connection with the investigation, Jiashu is listed as an accused along with top NDMC officials, they claimed. The competent authorities had turned down permission to charge Parimal Rai, the NDMC Chairman at the time, with a crime.

They said that accusations against other officials and private parties who had been accused in the case had already been brought before the court.

After the CBI was unable to carry out the summons and NBW against Jiashu, they claimed, his trial was split from that of the other accused. According to them, the CIA has now made the decision to press forward with a request for the accused Chinese national’s extradition.

Regarding the upgrade of Shivaji Stadium for the 2010 Commonwealth Games, there are allegations of corruption. On February 16, 2008, the NDMC issued a request for proposals (RFP) for Rs 80.85 crore for the upgrade of Shivaji Stadium, including the Sports Facility Block, Hockey Stadium Warm-up Pit, two-level basement for parking, and other works like electricity, fire fighting, and protection.

On June 9, 2008, the civic organisation awarded the project to China Railway Shisiju Group Corporation, represented by Jiashu, for Rs 160.27 crore, which was 98.23% more than the original anticipated cost of Rs 80.85 crore, according to the officials.

The lowest bidder was permitted to submit rates as long as they were within 10% of the rates that were justified. According to the agency, the NDMC officials allegedly generated quotes for some commodities at an exorbitant price so that the “justified prices” would be closer to the quoted price of the Chinese company designated as L-1.

The China Railway was not eligible, according to the CBI, but accused NDMC officials RS Thakur and VK Gulati “deliberately committed number of omissions and commissions to favour” it.

The requirement of the tender notice did not apply to a foreign contractor because this was not an international tender. Subletting or joint ventures were prohibited by the terms of the contract.

After winning the offer, it is alleged that China Railways outsourced the entire project to Simplex Projects Limited, which completed it despite having insufficient experience and in violation of the tender terms with the knowledge of the accused authorities.