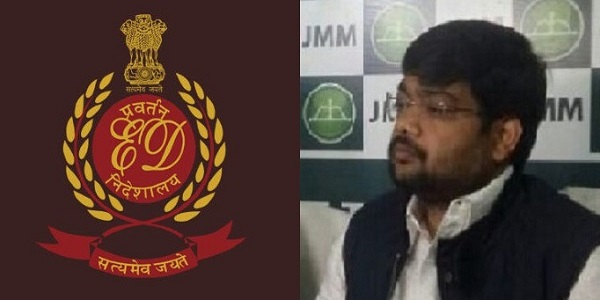 It has been revealed in the prosecution complaint, filed by the ED, in the special court a few days back regarding the 1000 crore illegal mining scam.

Ravi Kejriwal was once very close to the Shibu Soren family. The ED has attached the statement of Ravi Kejriwal taken on July 21.

It has been alleged that Hemant Soren had instructed power broker Prem Prakash to collect illegal mining money from Pankaj Mishra and the same was transferred to Kolkata-based businessman Amit Agrawal.

Ravi Kejriwal claimed that one day he was along with the Chief Minister at his office when Hemant Soren directed Pankaj Mishra to directly hand over cash coming from districts of Santhal Pargana related to stone mining and sand mining business to Prem Prakash.

Ravi Kejriwal has told the ED that a further discussion took place on this matter and it was decided that Prem Prakash will hand over such cash to Amit Agarwal.

Ravi Kejriwal who was later on dismissed from the party has claimed that Prem Prakash enjoys the closeness of the CM and Amit Agarwal. Besides, he is also very close to Abhishek Prasad alias Pintu who is the media advisor of the Chief Minister.

Ravi Kejriwal also said that IAS Pooja Singhal was given additional charge as the secretary of the mining department owing to her proximity with Amit Agarwal. About Prem Prakash, Ravi Kejriwal said that he earlier supplied eggs in the midday meal programme. But in the last couple of years, he cultivated himself as a power broker who manages funds and accounts of various bureaucrats and politicians.