Bihar: 24 women sterilized without giving anaesthesia in Khagaria, probe on 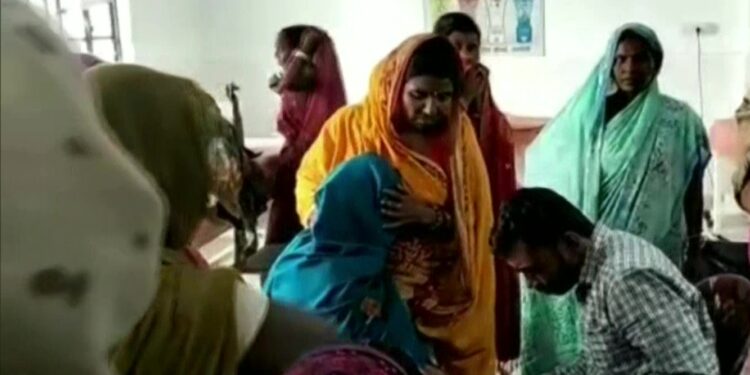 Patna, Nov 17: Nearly 24 rural women from Bihar’s Khagaria who had chosen to have tubectomy surgeries over the weekend at two state-run public health facilities allegedly had the procedure done without anaesthesia, leaving them awake and screaming in pain on the operating table. Use of local anaesthesia during a tubectomy is standard procedure.

Alok Ranjan Ghosh, the DM for Khagaria, launched an investigation on Wednesday based on the claims of the ladies who claimed to have experienced the horror.

“As I screamed in pain, four people held my hands and feet tightly as the doctor completed the job. I was administered something that left me numb only after the surgery,” said Kumari Pratima, one of those who underwent the procedure at the Alauli health centre.

Negligence happened.Anaesthesia wasn't given during operation but after it. It hurt too much:P Kumari,victim woman

Another of the women said she was conscious throughout the surgery. “I felt severe pain when the blade made contact with my body,” she said.

“I have asked the civil surgeon to inquire into the matter and submit a report soon,” said DM Ghosh.

The surgical clipping of the fallopian tubes was performed on the 24 women as part of a group of 53 as part of a government-backed campaign undertaken by NGOs.

Civil surgeon Dr Amarnath Jha said he had sought clarifications from the officials in charge of the two health centres and assured that strict action will be initiated once accountability is fixed.

In charge of Alauli health centre, Dr. Manish after receiving complaints  claimed he had blacklisted the NGO responsible for the tubectomy campaign there, Global Development Initiative.

According to reports, the state health authorities gave the NGOs Rs 2,100 for each tubectomy. A similar incidence occurred in the Araria area in 2012, when 53 rural women underwent tubectomy procedures in under two hours. The jeopardising of the women’s lives by performing surgery on them without anaesthesia resulted in the arrest and imprisonment of three people.