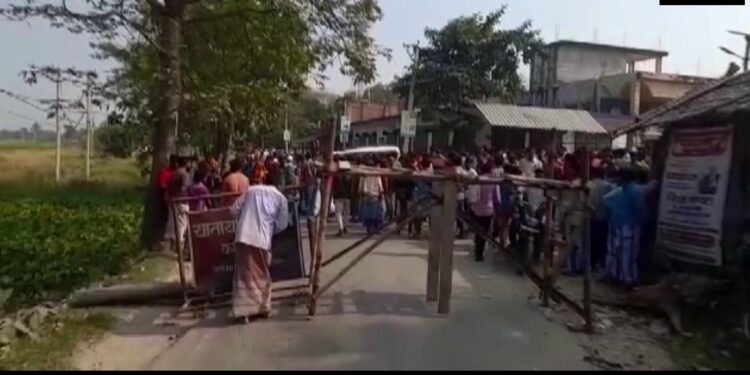 Katihar, Nov 6: Sanjeev Mishra, a local BJP leader, was shot and killed today in the Bihar district of Katihar. The villagers organised a protest in protest. There are police officers in the area.

Mishra was shot by two bike riders when they arrived at his home near the Telta police station, according to the police. According to reports, the incident was committed because of a long-standing grudge. The locals organised a demonstration against the murder.

The police arrived at the scene as soon as they had the information and took the body for a postmortem. The matter is being investigated.

Bihar | A local BJP leader Sanjeev Mishra was shot dead by two bike-borne men near his house in Telta Police Station area of Katihar allegedly over an old dispute.