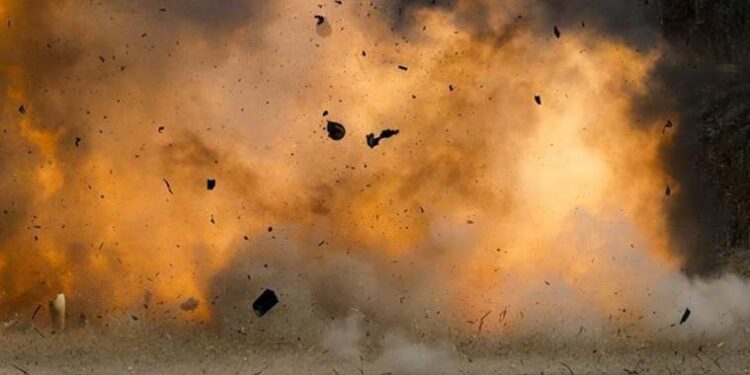 New Delhi, Oct 29: A short circuit and a gas cylinder explosion that resulted in a huge fire have left more than 30 injured in Aurangabad. At least ten victims require immediate attention.
At 2:30 in the morning, the tragedy took place as a family was preparing food for Chhath Puja.

Before daybreak on Sunday, in the Shahganj neighbourhood of the city police station area, family members of one Anil Goswami were preparing prasad for Chhath Puja when some gas cylinders caught fire. Due to a gas leak that resulted from this, a sizable fire broke out and grew despite all villagers’ attempts to put it out.

Upon learning of the situation, the police and fire department crews hurried to the scene and attempted to put it out. When the cops threw water at the cylinder, the fire became worse and there was a loud cylinder boom that gravely injured around 30 persons.

The Aurangabad Sadar Hospital saw a flood of injured patients requiring medical attention. Many are receiving treatment and have been admitted to nursing homes.