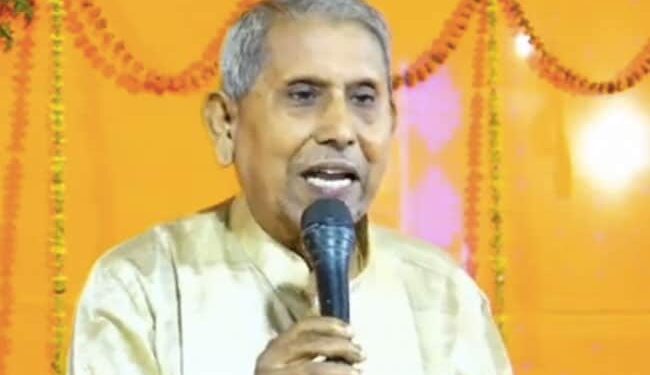 New Delhi, Oct 23: A video circulating on social media shows a retired professor in Bihar’s Chapra district collapsing on stage and dying of a heart attack during a religious event.

The man, Professor Rananjay Singh, also served as the Maruthi Manas Temple’s main secretary, where the religious ceremony was held.

In the middle of his speech to the audience at the event on Saturday, Singh passed out on stage and later died of a heart attack. Singh was taken to a hospital right away, where he was pronounced dead.