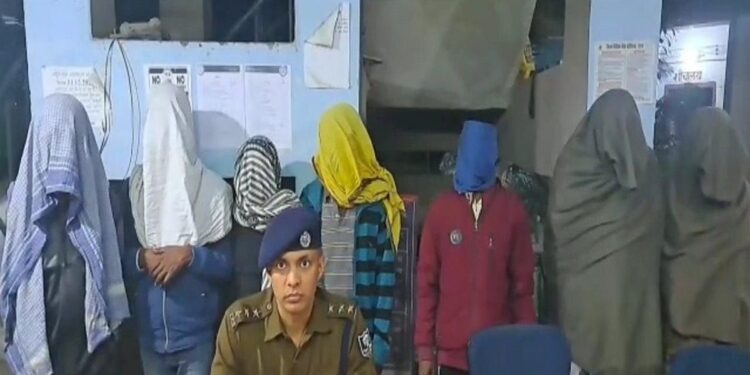 Patna, Dec 2: Five prisoners and two constables were detained for hosting a party while under the control of the excise department in Paliganj, in the Patna district of Bihar, according to authorities.

Notably, the state has had a booze prohibition law in place for a number of years.

Five people were reportedly detained at the excise police station after being taken into custody by the Excise Department on Tuesday afternoon. They were given alcohol inside the jail that night, and they immediately launched a celebration.

We received info about it. We went to verify it & found them drinking alcohol. All are prisoners. How they got alcohol & other things are part of probe: SDPO, Paliganj (01.12) pic.twitter.com/ffEywk1VX4

Awadhesh Dixit, a sub-divisional police officer (SDPO) in Paliganj, claimed that one of the people who had been arrested had recorded the party and forwarded it to his family members to reassure them that there was no issue when they were in police custody. The video gained popularity on social media and was seen by Patna’s top officials.

According to the authorities, the Paliganj police station, led by SDPO, raided the excise police station after obtaining the video and detained all the suspects.

Kundan Kumar, Chandan Kumar, Shahanshah Ansari, Ramji Manjhi, and Sanjay Manjhi were among those detained. Siyaram Mandal and Chhote Lal Mandal were the constables seen on the video escorting the in-custody defendant to the alcohol party.

At the police station, the police also found two mobile phones as well as a sizable amount of country booze. He added that after being questioned, all of the people who had been arrested had been sent to judicial custody.