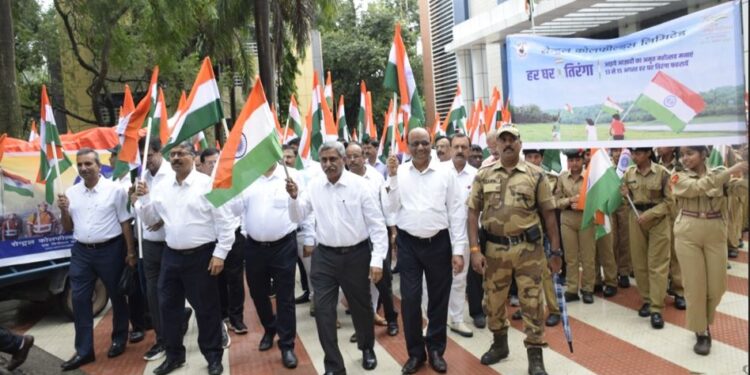 Ranchi, August 10: In an effort to sensitise people about the ‘Har Ghar Tiranga’ campaign,  Central Coalfields Ltd (CCL) took out a ‘prabhat pheri’ in Ranchi on Wednesday.

The Chairman/managing director of CCL  PM Prasad flagged off the Prabhat Pheri from CCL headquarters, Darbhanga House and it culminated at Jawahar Nagar Club, Kanke Road.

Director Technical/Operations of CCL RB Prasad and large number of CCL employees including women and representatives of trade unions participated in the prabhat pheri . The objective was to motivate public to put up national flag at their houses. 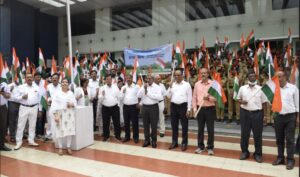 Speaking on the occasion PM Prasad said that the objective of the program was to sensitise and motivate the people to take part in Har Ghar Tiranga campaign started by the government.

CCL is also organising a plethora of activities throughout the company under Har Ghar Tiranga campaign.

A discourse/quiz programme on tri-colour was organized by the HR Department in which 14 areas including CCL Headquarters participated. A team from Amrapali-Chandragupta, CCL Headquarters and Rajhara area got 1st, 2nd and 3rd prize respectively.