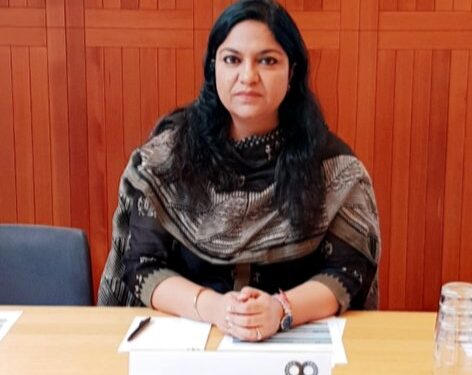 Ranchi, Nov.19:  A civil society member through a Twitter message attracted the attention of chief minister Hemant Soren towards the unresponsive behaviour of the state industry department secretary (read Pooja Singhal) and suggested to appoint someone proactive to ensure industrial growth of the state.

“Secretary of Industry who doesn’t respond to only all India events by industry association for start ups promotion of MSME doesn’t deserve this post. Govt has to appoint someone proactive for the cause as this appointment shows what importance the govt gives to industrial growth,” the tweet by civil society member R.P.Shahi, former president of Jharkhand Small Industries Association, reads.

The tweet was in response to a tweet of the chief minister reading “our government is committed to solve issues around MSME and small units as Jharkhand’s growth as a business-friendly investment destination needs the participation of both domestic and external investors. I am directing the department of industries to review all issues and take corrective actions.”

The Chief Minister’s tweet was in response to a report in the national daily English with the heading ‘Govt has slammed the door on existing industries’. The report based on the information of Jharkhand Small Industries Association was suggesting that the state has closed the doors on state’s industrial units and is refusing to hear their problems.

Contacted Shahi for his comment on his tweet he said he was compelled to tweet the message as he felt that the industry department secretary pretends more than she works.

“She is another Rajbala Verma in making,” Shahi said laughing.

Shahi said when he had organised an event for start-up promotion of MSME and sent messages to the secretary requesting her for time to participate in the programme as a chief guest she did not find it proper even to respond what to talk about participating in the programme.

Contacted industry secretary for her comment, she did not take a call.