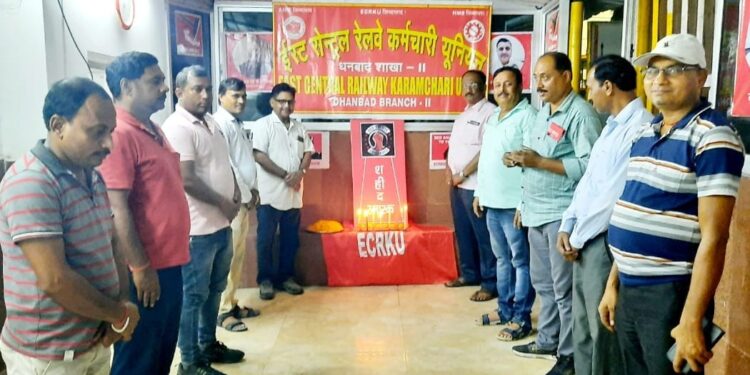 East Central Railway Karmchari Union (ECRKU) branch-2 organized ‘Martyrs Day’ at its Hill Colony-based union office where employees of the rail division recalled the contribution of the staff who lost their lives in the agitation.

NK Khawas said several railway staff were killed in firing and lathi-charge during the nationwide strike of Railway employees on September 19, 1968. The railway union had called a one-day strike when the then Prime Minister  Indira Gandhi rejected their demands of wage revision and dearness allowance.

“Whatever benefits railway employees across the country are getting today are the results of agitation and sacrifice committed by those martyred during the 1968 strike,” said AK Da, a Branch-2 leader.