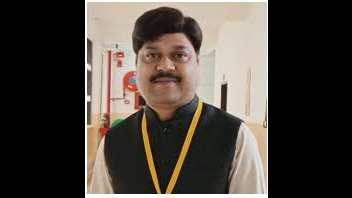 Dhanbad, Nov 25: Crisis shows no sign of abating in the All Jharkhand Chess Association (AJCA). In an unprecedented move, the state body has stopped state champion, Pritam Singh, from participating in the ever-highest prize money 4th JCA Open Blitz chess tournament which is to be held at Jamshedpur on November 27.

Pritam has been stopped due to a complaint lodged against him by a Jamshedpur player Bhola Nath Das during the state championship held at Ranchi from October 26 to 29. Das accused Pritam Singh of slapping and abusing him in the 5th round of the championship on October 28.

Complainant Bhola Nath Das is also not participating as he feels humiliated from the incident and peeved over the inaction of AJCA.

Notably, Pritam Singh is the secretary of Jamshedpur Chess Academy (JCA) which hosts the Blitz tournament. AJCA has not only stopped him from playing but also prevented him from getting involved directly in the organising committee.

Moreover, East Sighbhum Chess Association secretary NK Tiwary confirmed the report and said that Pritam Singh himself informed him about it.

“Pritam told me that AJCA general secretary Neeraj Mishra (International Master) has directed him to not participate in the championship till the inquiry against him is completed,” said NK Tiwary.

Neeraj Mishra when contacted today admitted that he had advised Pritam Singh to not participate and keep himself out of the event till the inquiry is over. “I had just advised him. It is up to him to follow or not,“ said Mishra.

He further added that the participation of Pritam might have aggravated the complication, so he has been advised to stay away.

Stopping the Jharkhand champion from participating in his own state has raised several questions against AJCA. Moreover, Pritam Singh is the former general secretary, and special executive officer and is considered a close confidant of AJCA president Pradeep Verma.

Following the directive of AJCA, he has not used his name in the tournament despite being the organizing secretary.

When contacted, Pritam said that since he is the organising secretary of the Blitz chess championship, he is not participating in it. However, he expressed surprise that the AJCA has held up his prize money for the state championship. ”All players have been paid but my cash prize has been held up,” he said.

He said if any complaint is against him, AJCA should hold an inquiry immediately rather than sitting on it for a long time. AJCA  general secretary said that since the state championship tournament director has not submitted a report to date, the association has not taken any decision on the complaint against Pritam Singh.

It looks strange that the alleged incident happened on October 28 notwithstanding, the tournament director has not submitted a report even in 29 days.

Chess lovers and promoters of the state allege that president Pradeep Verma and general secretary Neeraj Mishra want to keep the crisis to continue in the association.

“Both were in Ranchi. Neeraj Mishra was imparting training to students of Pradeep Verma school in Ranchi but did not try to sort out the crisis,” said a former office bearer of AJCA.