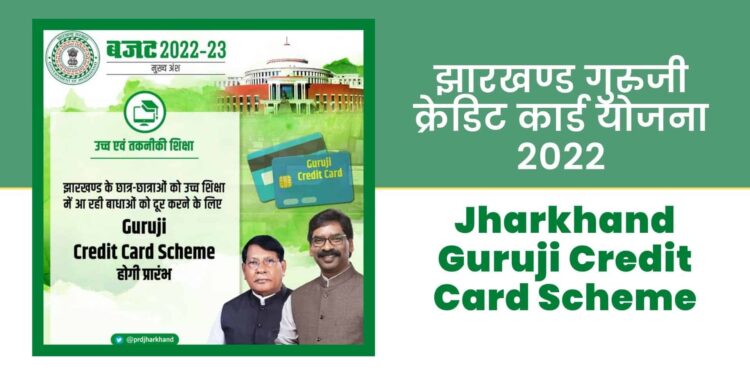 Ranchi, Aug 5: The Hemant Soren government had earlier this year in March announced the launch of the Guruji Credit Card scheme while presenting the Budget 2022-23. According to the state government, the credit cards are aimed to provide educational loans to students for Higher education at a nominal interest.

Principal Secretary, Finance department Ajoy Kumar Singh during a post-Budget briefing had then said, “For educational loan, banks ask for collateral security but, poor students are generally not able to provide it. In such cases, they miss the opportunity of higher education. Under Guruji Credit Card, state government will be the guarantor for such loan.”

When questioned of the present condition of the scheme announced four months ago, Higher and Technical Education department Director Suraj Kumar said, “The guidelines for the same are in the process of being written. Officials have visited Bihar and Bengal for reference and are making sure that the directives set up for the scheme are best suited for the conditions in Jharkhand itself.”

When questioned regarding the implementation of the scheme in state, the director added that at present there is no Secretary in the department. Notably, former Higher and Technical Education secretary K K Khandelwal retired on July 31.

He added, “We have already prepared a final draft of the guidelines for the scheme. Once a new secretary is appointed in the department, we will consult him and pass the directives.”

It is noteworthy here, that even after the announcement of the scheme; it has taken the state government four months to prepare the final draft of the guidelines for the scheme, which are yet to be passed. However, with a missing secretary in the Higher and Technical Education department, it seems that the launch may take more time.