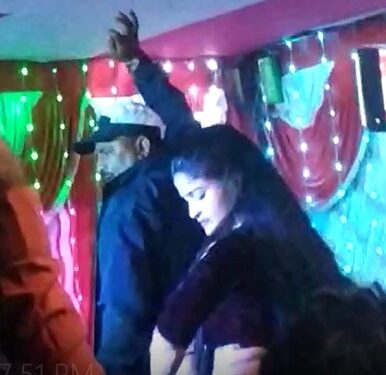 Ranchi, Aug 6: Days after the Enforcement Directorate carried out raids against Pankaj Mishra and his various associates, including Bacchu Yadav in Sahibganj, Bacchu Yadav organized a nauch party. Dancers from Asansol were hired to add fun to the party which Bacchu Yadav organized to celebrate as the ED could not find anything at his residence. People who know him said that Bacchu Yadav is known for leading a lavish life and organizing such bawdy dance parties.

It was a massive raid of the ED carried out on July 8 — all located in Sahibganj — against Pankaj Mishra, Dahu Yadav and over a dozen other persons who are allegedly involved in the illegal stone mining and transportation.

But the raid at the house of Bacchu Yadav was the talk of the town. It was whispered and believed that Bacchu Yadav with his rustic gate-up hoodwinked the ED officials and made them to believe that he is a poor cow-rearer. He trapped the ED officials in hospitality and before the ED officials could search his house many things were taken away by his men. He introduced himself as a lowly paid staff of Dahu Yadav and somehow made both ends meet. 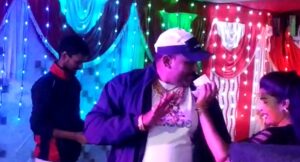 When called for interrogation he appeared only once on July 18. But the next day he vanished along with Dahu Yadav as he sensed the agency would arrest him. Two days back the ED finally caught him from the Burdwan compound area in Ranchi.

In the press release, the ED referred to him as a ‘notorious criminal’ and habitual offender who acted as the muscleman of Pankaj Mishra. The ED said that there are several cases of extortion, attempt to murder and arms act. There is a long list of cases against him and many remain unreported. He is involved in illegal mining and transpiration and the ED suspects he raised huge assets in his name as well as family members and relatives, all through criminal activities.

Attempt on the life of then then DTO and mining officer

His name had surfaced along with his nephew Sanjay referred as Gora Sanjay about five years back for making a deadly attack on the then district transport officer Pradeep Tigga. The DTO had seized some of their vehicles on the charge of illegal transportation. The DTO had lodged the FIR at the Jirawari police station. In another incident, he had assaulted the then mining officer of the district Feku Ram.

He was booked by police for opening fire on a moving vessel of his rival Mungeri Yadav to stop him from participating in the tender for ferry service in the river Ganga.

Wanted in an over a dozen of cases

“He is a habitual offender and trouble maker. Most cases are pending against him at Mufassil, Taljhari and Jirawari police station. Very soon the chargesheet will be filed against him in a couple of cases. He is a man of bad character,” said a senior official of Sahibganj police.

His two nephews named as Gora Sanjay and Kala Sanjay are said to be his right hands. Kala Sanjay owns Maa Shitla Stone Works. But the ED suspects Bacchu Yadav as the real owner who has made investment on behalf of Kala Sanjay.

Fond of gold and ornament

The investigation has disclosed that mining mafias invested ill-gotten money in the gold and Bacchu Yadav is among them. The ED secured many such photographs and information which indicates Bacchu Yadav having purchased gold. When the ED questioned him about his love for gold ornaments, he told the ED that all were gold coated inferior ornaments.