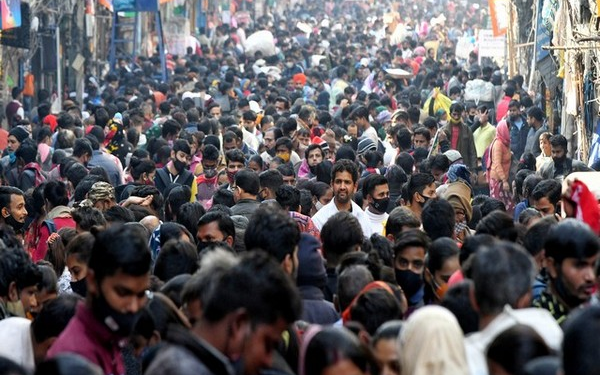 New Delhi, May 6: India’s overall fertility rate has decreased from 2.2 to 2.0, indicating that population control methods have made great headway, according to the fifth round of the National Family Health Survey (NFHS-5).

Between NFHS-4 and 5, the national Total Fertility Rate (TFR), which is defined as the average number of children per woman, decreased from 2.2 to 2.0.

The country’s overall contraceptive prevalence rate (CPR) has risen significantly from 54 percent to 67 percent. In India, institutional births have climbed from 79 percent to 89 percent, according to NHFS-5. Around 87 percent of births are delivered in facilities in rural areas, and 94 percent in metropolitan areas.

Arunachal Pradesh saw the largest growth of 27 percentage points, followed by Assam, Bihar, Meghalaya, Chhattisgarh, Nagaland, Manipur, Uttar Pradesh, and West Bengal, all of which saw increases of over 10 percentage points. More than 70% of births in the last five years occurred at health facilities in more than 90% of districts.

According to the report, stunting among children under the age of five has decreased slightly in India over the last four years, from 38 to 36 percent.