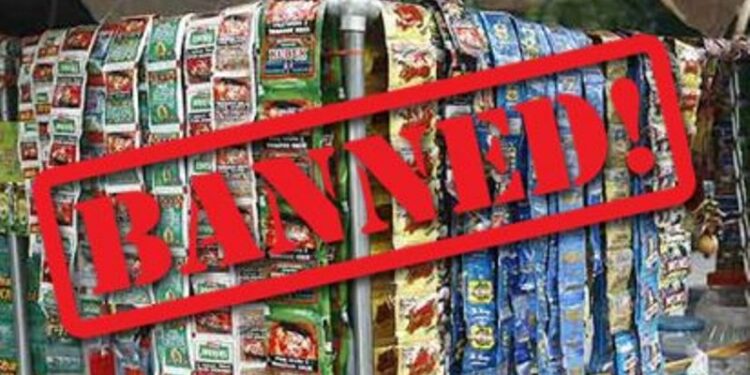 Dhanbad, Sept 27: Chandan Kumar, the joint secretary and in charge of food safety of the Jharkhand government, has directed the SDMs of all 24 districts to launch a special drive against the sale of banned brands of Pan Masala during upcoming festivals.

“So, conduct comprehensive raids in your respective areas against the sale of such pouches of banned Pan Masala, tobacco and take proper action against traders, retailers stockiest,” said the joint secretary.

He has also directed to ensure the information to the department about the Action Taken Report (ATR) against the violators of the SC order.

Jharkhand government has banned selling manufacturing and hoarding of 11 brands of Pan Masala after Magnesium Carbonate was found in them in a lab test. The brands include:

In the wake of the joint secretary’s directive, several districts have kick-started the campaign. In Dhanbad, SDM Prem Kumar Tiwary along with district officials conducted raids at station roadsides of NH-32 in the city on Monday evening and seized the banned items on a large scale.

Socio Economic and Educational Development Society (SEEDS), Jharkhand government’s technical support partner in the tobacco control programme, has praised the crackdown on the illegal sale of banned items and said that it is the need of the hour to safeguard Jharkhand people from mouth cancer.

“Jharkhand has a tremendous record in the country for taking action against banned items. For saving children from such hazardous Masalas, strict implementation of Acts is necessary for the state. This directive of the food safety in-charge of the state would help curb the banned brands of Pan Masala completely which is effective in Jharkhand for the last three years,” said Dipak Mishra, executive president of SEEDS.