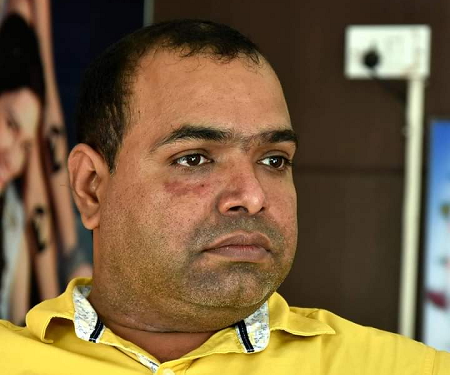 Ranchi, Sept.24: A senior journalist of Jharkhand capital associated with a national Hindi Daily passed away today. He was suffering from cancer. He was admitted at Abdul Razzaque Cancer Hospital in Ormanjhi after severe pain. Earlier, he had received treatment, but it was not completely cured.

He was son of senior journalist Gyanvardhan Mishra, who recently joined as Resident Editor Shubham Sandesh in Dhanbad.

His close friends said before joining work in Ranchi as a journalist he was working as PRO in Smart City in Bhagalpur. He came to know about his disease only when he started working as a journalist. He was noticed working well till yesterday. Recently, during the Prime Minister’s program, he had also gone to Deoghar for reporting.

Journalists in Ranchi have expressed their condolences over Mishra’s demise. Among the journalists he is known for his good behaviour and hard work.