by Lagatar News
in Big News, Bihar, Breaking News
A A 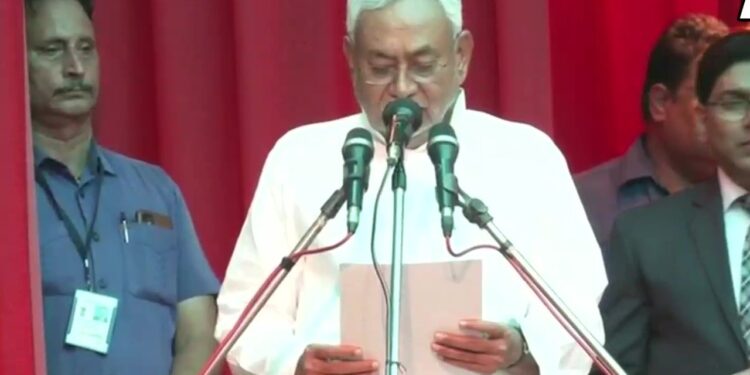 Patna, Aug 10: JD(U) leader Nitish Kumar took oath of office as the chief minister of Bihar for the eighth time on Wednesday, after leaving his old ally BJP to leave the NDA and join the Mahagathbandhan.

In order to create a new administration in Bihar, Nitish Kumar announced his resignation to Governor Phagu Chauhan on Tuesday. He also provided a list of 164 MLAs and claimed the backing of seven parties.

Earlier on Tuesday,  Nitish Kumar met with governor Phagu Chauhan twice: once to submit his resignation as chief minister of the NDA, and again after being chosen as the head of the RJD-led ‘Mahagathbandhan’ (grand alliance), to stake a new claim for the position of governor of the state.