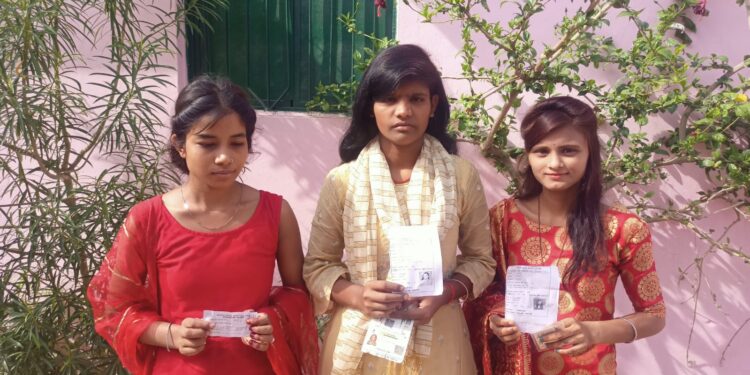 Daltonganj, May 14: Sixty polling booths have been relocated in the first phase of panchayat polling in Palamu on Saturday.

“We have done a judicious relocation of booths and ensured that no inconvenience is caused to the voters,” he said.

Sources said the relocation of booths has been done to play safely in the voting in the wake of the extremism which is down but not out.

A booth at Mahur has been relocated to Kadal as Mahur has much notoriety for the worst kind of extremism in the past like land mines blasts and heavy encounters between security forces and the Naxals.

Voting in Palamu is going on at 750 booths today. More than 2,93,000 voters may like to exercise their franchise. The blocks that are polling today are Hussainabad, Harhihurganj, Mohammadganj, Pipra, Haidernagar and Untari Road.

A long queue of the voters was found at almost every booth of 750 polling booths with women outnumbering men. First-time voters lined up to cast votes drawing applause from the veteran voters.

Sources said the conduct of the first phase of polling will help the district administration to remove those bottlenecks which it confronted in the first phase.

Three more phases of voting will take place in the state and Palamu.

Sources said the candidates are using the same manoeuvres which are seen in the assembly or Lok Sabha elections.