Patna: Fire breaks out at Visvesvaraya Bhavan, no casualties 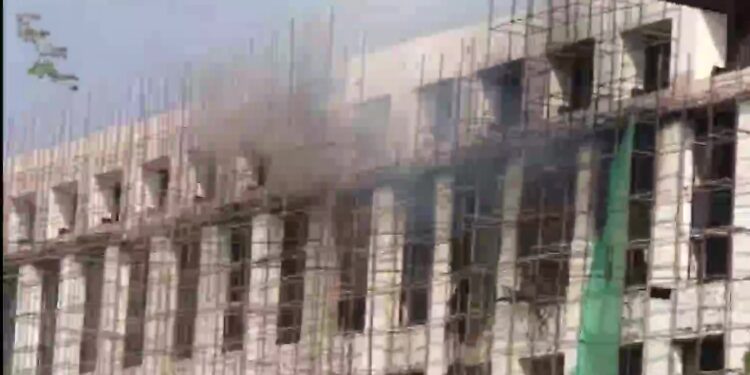 Patna, May 11: On Wednesday morning, a massive fire broke out inside Visvesvaraya Bhavan in Patna, Bihar’s capital. After hearing the news, firefighters hurried to the scene and put out the fire.

Bihar | Fire breaks out in Visvesvaraya Bhavan in Patna. Fire tenders at the spot. No casualties reported so far. pic.twitter.com/uAiMsJlUsl

Several government offices are housed at Visvesvaraya Bhavan, which is located on Bailey Road within the Shastri Nagar police station. According to news agency ANI, no casualties have been recorded thus far in the event.

A fire broke out on the third level of the building earlier today, and firefighters were dispatched to the scene. A preliminary examination found that the incident was most likely caused by a short circuit.

“The fire is under control and has been completely doused. It broke out on the third floor of the building. The cause of the fire is yet to be ascertained,” a fire official

67th BPSC prelims expected to be held after June 15