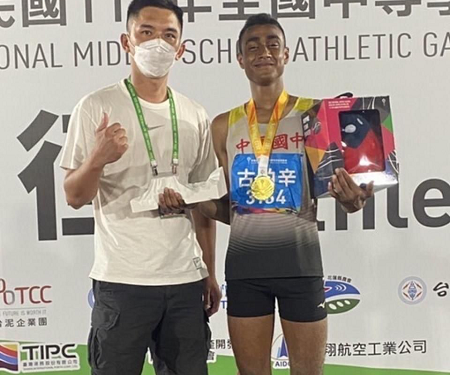 Ranchi, Aug.6: A boy having roots in Jharkhand capital, Parth Singh, has hogged the limelight in the field of athletics in Taiwan.

Information about his achievement travelled to India when Indians residing in the country shared his achievement with his Independence Day message reading “I love India as my motherland and my second motherland is Taiwan. I hope our India will shine bright and hope that we as proud Indians could respect our country and people.  Make India the best country in the world, Happy Independence Day to all Indians.”

The message appeared on a Facebook Page ‘Indians in Taiwan’ and his grandfather Bihari Singh, who is a retired army personnel, noticed the same. 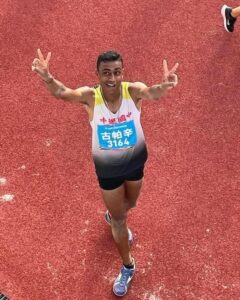 The boy went to Taiwan with his family on January 1, 2015 when his father accepted a job at HTC.

When he first moved to Taiwan, he and his family had a tough time adjusting to the new place mainly because they were unable to communicate in Mandarin. However, with the help of his father’s friend, the teachers and staff at Jianguo Elementary school, the 8-year-old boy and his family were able to settle down.

When the young boy participated in the school sports day, he caught the keen eye of the school track coach who asked him to join the track team. Soon, he won many gold medals, eventually, being awarded 2 gold medals in the Taiwan National Athlete competition. He also broke the long jump record of Taiwan in junior high school. He is the first Indian and 2nd foreigner in the history of Taiwan.

Parth has brought Taiwan and India closer in the most unique and organic manner. When he was in elementary school, his mother worked there as a volunteer teacher to teach English and with the encouragement of the school Principal, organized activities related to bringing awareness with respect to Indian culture.

Together with his younger sister, Parth even presented an Indian dance at his school. The food related activities his mother organized at his school were everyone’s favorite. Parth has also taught his friends how to say Namaste and Dhanyawad.

Boy’s mother Ratna Singh talking to Lagatar24.com confirmed the achievement saying he won gold medals in the Taiwan Junior National Athletics. He won a gold medal on July 16 in long jump and then in 4x100m relay race on July 17.

She also shared the interview based report published in the newspapers of the country. It was taken by Xu Ruiyu at Hualien. The report suggests that he broke the long jump record of his category in the country by jumping 7.14m. Old record was 7.12m.