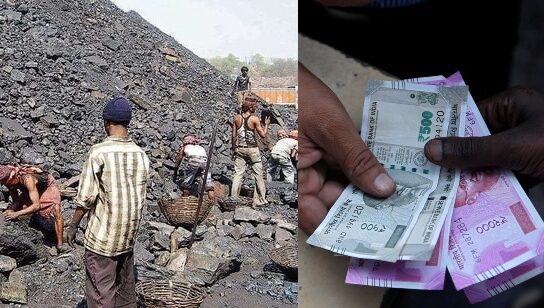 RCMU central committee president Brajendra Prasad Singh and general secretary AK Jha said that miners of both companies are disappointed and hopeless as the Durga Puja festivities have started but coal companies have not paid bonuses to them.

Over 4.88 lakh miners (including 2.50 lakh contractual) are working in CIL and over 30,000 miners are deployed in SAIL colliery.

RCMU has demanded bonus payment to miners on the eve of a bonus meeting called by the CIL management with national trade unions at Kolkata tomorrow (September 27).

Notably, CIL management has called the leaders of only four national trade unions including Bhartiya Mazdoor Sangh (BMS), All India Trade Union Congress (AITUC), Central Industrial Trade Union (CITU) and Hind Mazdoor Sabha (HMS) at Kolkata to decide on the bonus of miners. Congress’ Rashtriya Khan Mazdoor Federation (INTUC) has not been invited to the meeting.

“It is unfortunate miners have not received bonuses so far. RCMU urges the CIL chairman to announce immediately and pay contractual miners bonus at par with regular (permanent) coal workers of the company. It is natural justice that a similar bonus should be paid for a similar job,” said Brajendra Prasad Singh and A K Jha in their joint letter to the CIL chairman.

However, when contacted, BMS senior leader Umesh Kumar Singh (president of Dhanbad Colliery Karmchari Sangh) refused to comment on an allegation of the RCMU general secretary but same time said that his union (BMS) is a non-political organization and always works in the interest of miners.

“The allegation is nothing but a way to cover the efficiency of RCMU. Though SAIL union talks about the failure of bonus but BMS works in the interest of miners, industry and country,” he said.