'Was there any criteria for law minister to pick the four names?' 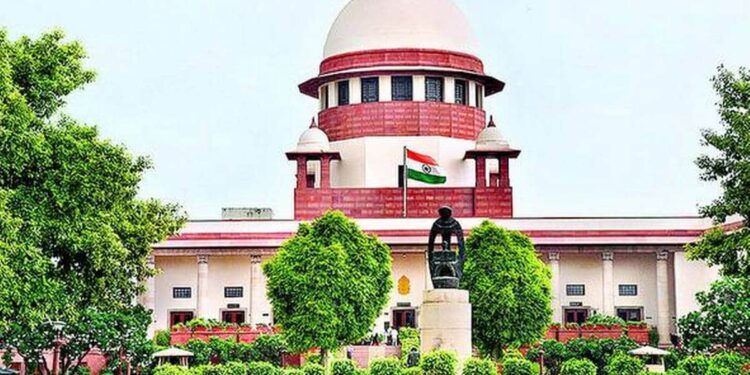 New Delhi, Nov. 24: A Constitution Bench of the Supreme Court today enquired as to what was the criteria behind the shortlisting of four names by the Law Minister that were recommended to the Prime Minister for his approval for the appointment as the Election Commissioner, reports LiveLaw.

The bench is hearing petitions seeking an independent mechanism to appoint Election Commissioners.

Yesterday the Court had sought the files related to the recent appointment of Arun Goel, a former bureaucrat, as the Election Commissioner on November 19. It would have been appropriate had the appointment not been made when the matter was being heard, the bench had remarked yesterday.

Advocate Prashant Bhushan, appearing for the petitioner, had informed the Court that that Goel was given a Voluntary Retirement from Service on Thursday and his appointment was notified within two days.

“We don’t have anything against an individual. This man, in fact, is excellent in terms of academic. But we are concerned with the structure of the appointment. On 18th we hear the case, on same day you move the file, on same day PM says I recommend his name. Why this urgency?…It says based on the list maintained, there are 4 names that you have recommended. I want to understand that out of vast reservoir of names, how do you actually select a name…Someone who was about to be superannuated in December. He is the youngest among the 4 names who were recommended. Is that a criteria? How did you select?“, Justice KM Joseph, the presiding judge of the bench, asked.

Justice Ajay Rastogi also said that sometimes speed is required in appointments for some or the other reason. However, he pointed that this vacancy had arisen on 15th May. “Can you show us from 15th May to 18th November, what did you do? What prevailed upon the govt that you did this appointment superfast on one day? Same day process, same day clearance, same day application, same day appointment. File has not even travelled 24 hours also. Lightning fast!”

However, the AG responded that all Election Commissioners are appointed through a quick process. He claimed that usually the process does not last longer than 3 days. “The speed of appointment also came because of my consultation as AG,” he added.

The bench asked the government what was the criteria based on which the Law Minister shortlisted 4 names that were recommended to the Prime Minister for his approval.

The AG responded that there are certain basis for shortlisting, such as Seniority, Retirement, Tenure he will have in the EC “So that one who is appointed gets at least 6 years as Election Commissioner“.

The Judge continued, “AG, you said that there are no other officers in the same category as the one who is appointed recently. However, there are several such names from the same cadre itself. We can read out the list. We want to know how do you come to a name…Now there are younger people also on the database. We want to know from you that what is the mechanism that you adopted to filter someone who is from this age factor, etc.”

The AG responded that Batch is one criteria, DOB is one, seniority from the batch is another.

“So ultimately you are saying only those people need to be appointed who are on the verge of appointment. So that they don’t get a full 6 year period. Carefully. Is that the law? You are violating Section 6. We are saying this clearly,” Justice Joseph said.

He continued, “Important part of that Section is that one needs to be appointed for a period of 6 years. Now there is a proviso which says one will have to retire if he reached 65 before that. You are using the proviso. The proviso has become the rule. Can it be done so?”

The AG responded, “Yes it happens like that but there is no design behind that. Unless I have a 40 – 50 year profile to show how and why it is done that.”

“The law says “shall be 6 years”. Now ordinarily the law needs to be followed,” Justice Joseph said.