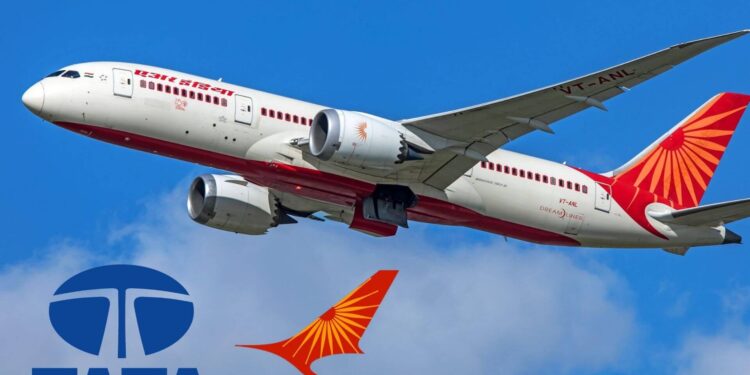 New Delhi, Nov 18: Tata Group is mulling a plan to combine its four airline brands under Air India Ltd. as it gets ready to restore its ailing aviation empire, according to the media reports.

According to the sources, India’s largest conglomerate is also thinking about getting rid of the Vistara name, which represents Singapore Airlines Ltd.’s local subsidiary in the South Asian country. One of the persons said Singapore Airlines is deciding how much of the combined company it should own.

Requests for feedback from the Tata Group, Air India, and Vistara representatives went unanswered. As of Oct 13 exchange filing, which stated that the talks “seek to deepen the existing partnership between SIA and Tata, and may include a potential integration of Vistara and Air India,” Singapore Airlines said in a statement that “discussions are ongoing between SIA and Tata” and that it had nothing further to add.

With Tata as its new owner, Air India is getting ready for a makeover. The full-service carrier is thinking about placing an order for up to 300 narrow-body aircraft, which would be one of the biggest orders in the annals of commercial aviation.

Following a significant increase in both narrow-body and wide-body aircraft, Air India Chief Executive Campbell Wilson announced last month that the airline will triple its current fleet of 113 aircraft over the next five years.

Other people with knowledge of the situation stated in late September that Air India is also in talks to raise at least $1 billion in a funding round that could value the airline at around $5 billion. Starting in December, the airline intends to add 25 Airbus SE and five Boeing Co. aircraft from lessors.

In October of last year, Tata was chosen as the successful bidder for Air India after outbidding competitors with a $2.4 billion offer. Under Prime Minister Narendra Modi, the purchase was the most visible privatisation in the nation and put a stop to decades of attempts to sell the financially struggling, indebted carrier that had relied on state bailouts for years to operate.