Tobacco packs to get new health warning from December 1 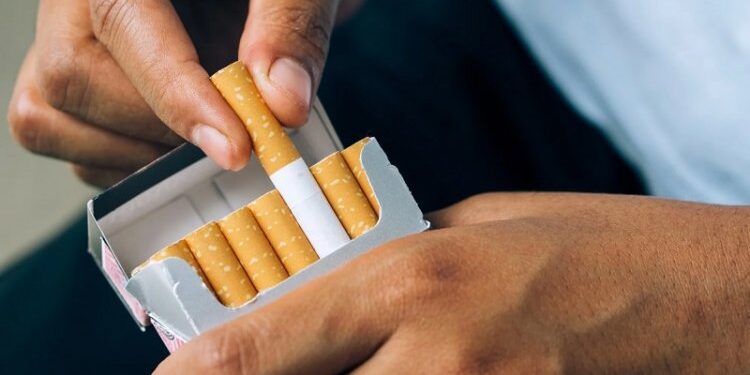 New Delhi, July 29: The textual health warning “Tobacco causes painful death” will appear on tobacco products with a new image starting on or after December 1, 2022, according to the Union Health Ministry.

Following its start on December 1, the image will be valid for a period of one year.

According to the new health warnings announced by the ministry, tobacco products made, imported, or packaged on or after December 1, 2023 will also feature an image with the textual health warning “tobacco users die younger.”

Through an amendment to the Cigarettes and other Tobacco Products (Packaging and Labelling) Rules, 2008 dated July 21, 2022, the ministry has made the new health warnings public.

According to a statement from the ministry, anyone involved directly or indirectly in the manufacture, production, supply, import, or distribution of cigarettes or any other tobacco products is required to make sure that all packages of tobacco products bear the required health warnings in their exact form.

According to Section 20 of the Cigarettes and Other Tobacco Products (Prohibition of Advertisement and Regulation of Trade and Commerce, Production, Supply and Distribution) Act, 2003, violating the rules is a criminal offence punishable by jail or a fine.