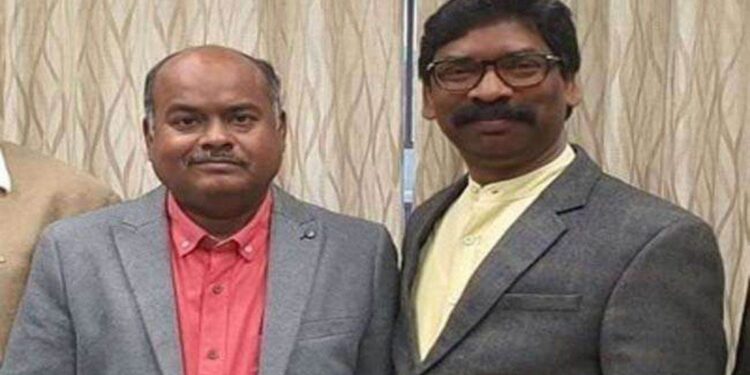 Sources close to the ED said that the interrogation lasted for two and a half hours during which Hansda reiterated its word sent through his lawyer to the court.

Hansda said he wanted to pursue a legal battle against Barhet MLA representative Panjkaj Mishra and he had earlier given his statement saying he did not want to pursue the case under police pressure. Hansda said that Vishnu Yadav took his signature on a blank paper giving opportunity to the police to manipulate the same in the favour of Mishra, who is presently in the jail for laundering money earned by illegal mining.

The development is considered important as the Sahibganj police had given a clean chit to Barhet MLA (read chief minister Hemant Soren) representative Pankaj Mishra.

On November 27, Santhal Pargana DIG Sudarshan Prasad Mandal, at a press conference, had said that the complainant Hansda had filed a complaint against Vishnu Yadav, Pavitra Yadav, Rajesh Yadav, Bachchu Yadav, Pankaj Mishra in the court and now he does not want to pursue the legal battle and thus there is nothing against Mishra.

After the press conference, Hansda, who is lodged in Sahibganj Jail, filed an application in the court through his advocate on November 28 and countered the DIG’s claim. Hansda said that his signature was forcibly taken on a blank page and he took the decision under pressure. He made it clear that he did not reconcile with the accused and wanted to pursue the legal battle.