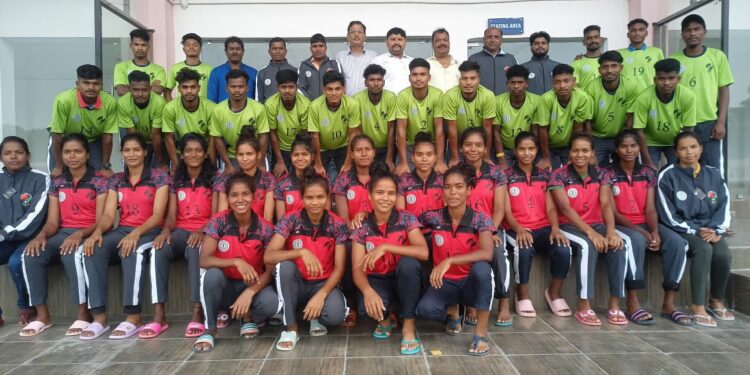 Ranchi, Sept 27: A total of 36 players and 6 officials participating in Hockey Jharkhand’s women’s and men’s hockey teams have left for Rajkot, Gujarat to participate in the competition on Tuesday.

A total of 265 athletes and officials from Jharkhand are participating in the 36th National Games 2022, to be held in Gujarat from September 29 to October 12.