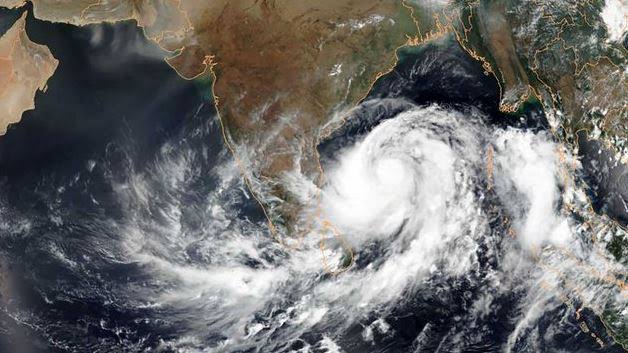 Jamshedpur, May 14: While Cyclone ‘Asani’ has dissipated, development of tropical systems over the Bay of Bengal during the pre-monsoon season is seemingly far from getting over as the Bay of Bengal may host a fresh depression, later this month.

IMD officials today said various weather models are indicating likely formation of a depression over the eastcentral Bay of Bengal around May 19 with gradual east-northeastwards movement.

The weather outlook concluded that a low pressure area is likely to form over eastcentral Bay of Bengal around May 15-16 in association with advance of southwest monsoon over the region.

The system might trigger rain in Jharkhand later this month.

Weathermen also said this year the southwest monsoon is also expected to arrive earlier than expected.

The southwest monsoon is likely to advance into South Andaman Sea and adjoining southeast Bay of Bengal around May 15, Sunday.

Weathermen said if it so happens the monsoon is expected to hit the Kerala coast at least four days in advance on May 26 and also various states including Jharkhand, ahead of its normal time.

“Normally, the southwest monsoon hits Kerala coast on June 1. However, this year it is expected to arrive early, as it’s advancement is happening early into the Bay of Bengal, ” said a senior Met official.

He went on to say that satellite pictures suggested that the Andaman and Nicobar Islands are expected to receive their first seasonal showers of the year on May 15.

According to the senior Met official cyclone Asani which impacted eastern India with widespread rains and gusty winds has helped in pulling the monsoon currents into the Bay of Bengal much early.