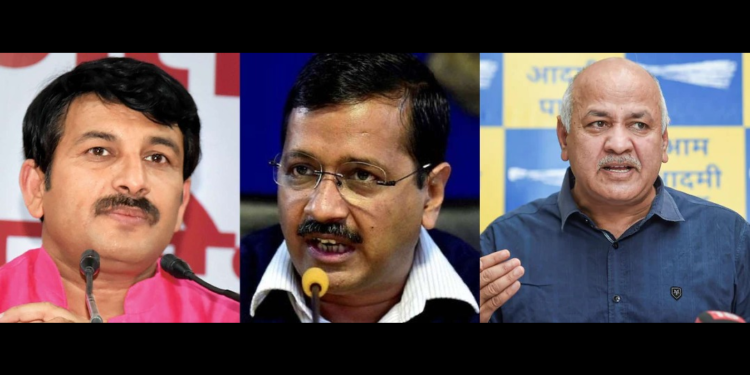 New Delhi, Nov 25: The Aam Aadmi Party (AAP) will send a delegation to the Election Commission on Friday in response to allegations that the BJP is planning an assassination plot against Chief Minister Arvind Kejriwal.

Manish Sisodia, the deputy chief minister of Delhi, has claimed that Delhi MP Manoj Tiwari is involved in a plot to assassinate CM Kejriwal because the party is afraid of its losses in the MCD and Gujarat elections.

AAP spokesman Saurabh Bharadwaj and other party lawmakers will visit the poll body as the verbal battle between the AAP and the BJP over a “conspiracy to assassinate CM Kejriwal” heats up. The party plans to lodge a complaint against the BJP with Delhi State Election Commissioner Vijay Dev, saying that they are planning an assassination plot against Kejriwal.

“Manoj Tiwari has threatened CM Kejriwal, which makes it clear that the BJP is conspiring to murder Delhi CM Arvind Kejriwal. AAP will submit a complaint in the election commission and will also file an FIR,” Manish Sisodia said, as quoted by ANI.

“How does Manoj Tiwari know that an attack could happen on Arvind Kejriwal? People who are involved in this issue must be investigated,” Manish Sisodia said in a press conference.

Manoj Tiwari responded to the accusations by saying: “Regarding Arvind Kejriwal’s security, I’m worried. Manish Sisodia is reciting an old script in which the BJP plots to assassinate Kejriwal.”