by Lagatar News
in Bihar, Jharkhand
A A 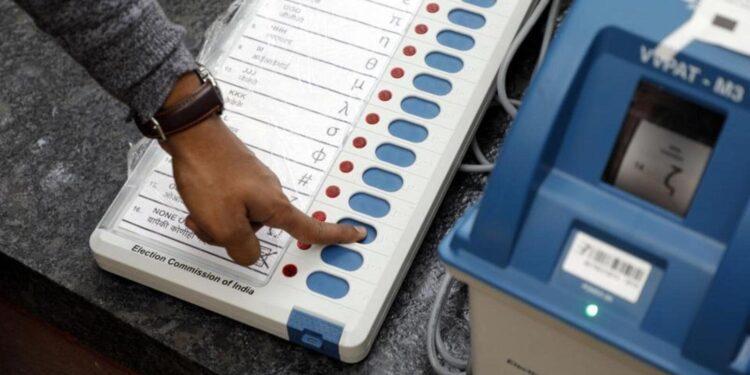 Dhanbad, Oct 21: A one-and-half-months old case filed by the Giridih excise department against a liquor company may land the Mahagathbandhan candidate Manoj Gupta of Bihar’s Gopalganj assembly by-elections in soup.

On Sept 5, the Giridih excise department seized two trucks loaded with Star Blue brand liquor late at night on the inter-state NH-2 under Nimiyaghat and Bagodar police stations of the district.

The liquor had a permit for Arunanchal Pradesh from Goa but the consignment was illegally set to be delivered in Jharkhand. Three persons including two drivers Vishwajit Gorai, Repun Haldar and Sujit Das were arrested by the police.

On the basis of the confession of the arrested truck drivers, Giridih Excise Commissioner Sudhir Kumar lodged a case the in police station against truck operators, helpers, officers and directors of Goa-based liquor company Silver Heritage Spirits LLP for forgery.

It is said that the Mahagathbandhan candidate for Bihar’s Gopalganj by-poll Manoj Gupta is one of the directors of Silver Heritage Spirits LLP company and he is also one of the accused in the Giridih case.

Excise commissioner Sudhir Kumar when contacted today (October 21) refused to share details and developments in the case filed on September 6.

However, BJP local leaders are collecting the paper of the case in detail to expose the Mahagathbandhan candidate in the Gopalganj bypoll.

Sources said that Manoj Gupta in his poll affidavit has not mentioned that he is the director of the Silver Heritage Spirits LLP company and that a case is filed against him in Jharkhand’s Giridih district.

The excise department official said that the seized liquor had an MRP of around Rs 60 lakh in Arunanchal Pradesh but in Jharkhand, its valuation is over Rs 1.70 crore. The syndicate legally got the permit in the name of Arunanchal Pradesh and illegally consumed the liquor in different districts of Jharkhand at high prices.