Ranchi, Nov 24: In a glaring violation of mining and environment laws by the central public sector undertaking NTPC Ltd in Hazaribag, the Union Ministry of Environment, Forest and Climate Change has directed the Jharkhand government to file a report.

“The Committee (Forest Advisory Committee) also desired that the IRO, Ranchi and state government will expedite the submission of information as sought by the Ministry,” said the Ministry’s letter dated 28 October 2022 to the Jharkhand government. 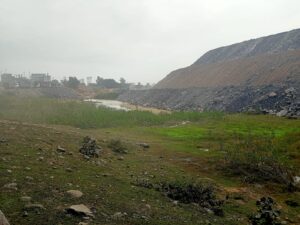 “The Committee (FAC), after detailed deliberations on the alleged violation of the Forest (Conservation) Act, 1980 recommended to constitute a sub-committee of the FAC to visit the area to look into the hydrological regime of the area vis-a-vis mining operations of the user agency in general and Dumuhani nallah in particular and changes brought by the user agency and its impact on the ecology of the area,” the letter stated.

It should be noted that the Dumuhani stream, which was a lifeline for thousands of villagers in Barkagaon, was diverted to mine coal in its bed and surrounding green belt. Seasonal streams Kharba, Bulbulia, Pakwa and Ghorba nallah have also been mined.

“On field inspection, it was found that the user agency has mined the Dumhani nallah instead of maintaining the green belt of 50 meters along the nallah. The upstream of nallah has been mined up to a distance of around 3.2 km and an area of 37.2 hectares has been mined in blatant violation of the condition 8 of FCA Stage-II,” says an inquiry report by Hazaribag Western Forest Division by then trainee IFS Shailendra Singh in April 2022. 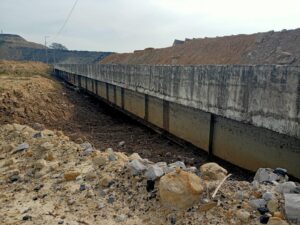 Ironically, the NTPC’s Pakri-Barwadih Coal Mining Project, which violated forest and mining rules for the past two years, was awarded for best Environment Management System for 2019-20 by the Federation of Indian Mineral Industries (FIMI), New Delhi.