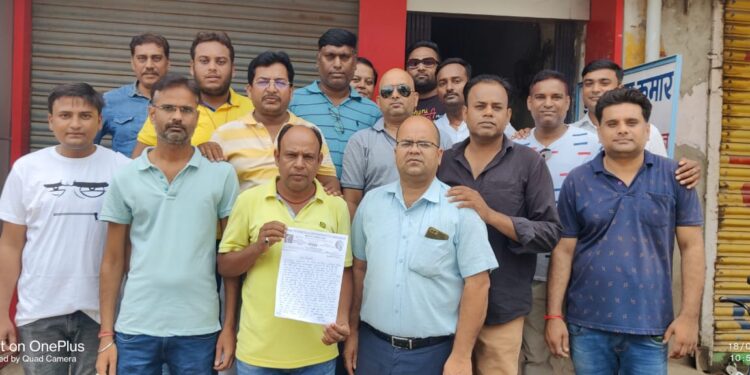 Daltonganj, Sept18: Members of the Daltonganj unit of the Bihar Pradesh Sales Representative’s Association on Sunday held a meeting under the chairmanship of Navin Sharan.

The members at the meeting ‘condemned’ the way the MRs (medical representatives) have been ‘bracketed’ with the middlemen who are calling shots in the MMCH Daltonganj.

Navin Sharan, speaking to lagatar24.com said, “We are salaried people. We belong to different pharmaceutical companies. We are not what we are being painted as.”

Sharan said, “Last week town police claimed to have booked a man for coercing doctors to write medicines where his alleged interest was and this man was called an MR.”

“Any man who knows about medicines or deals with the medicines can’t be called an MR,” asserted Sharan.

On being asked if a MR can visit a doctor on duty at the government hospital when patients are waiting in cues to be checked, Sharan said that this can be possible depending upon the convenience of the doctor as the MRs ensure that their sitting with the doctor doesn’t come in the way of the patients.

Sources have claimed that there was a widespread allegation that middlemen and MRs are spending more time with the doctors on duty in the MMCH Daltonganj while patients sulk and the doctors either are influenced by any of the two to prescribe medicines to patients which are available only at selected medical stores and may be costlier.

The town police under order of the SP Palamu had caught a man who was declared to not being an MR.

Sharan said that MRs brief the doctors about medical products, and their efficiency, and its price.