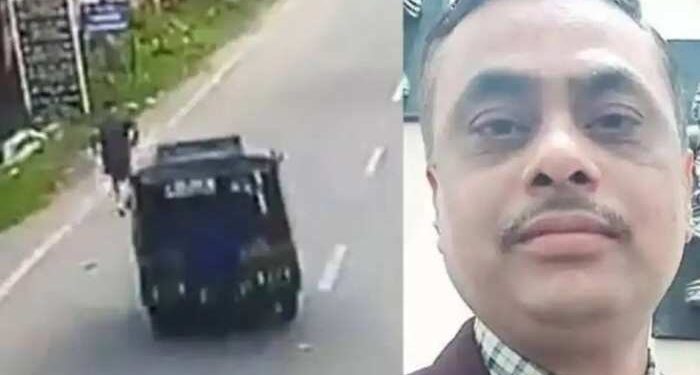 CBI special public prosecutor Amit Jindal through video conferencing demanded a death sentence for both the accused pleading killing of a judge was rare of the rarest incident and that both of them intentionally committed the crime.

However, defence lawyer Kumar Vimlendu argued that both are of tender age and it was not a murder but an accident as both of them were in an intoxicated condition. They had not done it intentionally, he argued.

The special judge after hearing the arguments of both the sides sentenced the convicts to life imprisonment.
The court had held both the accused guilty under Section 302, 201 /34 on July 28.

Additional Judge of Dhanbad Uttam Anand was killed on the early morning of July 28, 2021, at around 5 am in a road accident while he was on a morning walk near Randhir Verma Chowk under Sadar police station.

The CCTV footage showed an auto rickshaw intentionally knocked him down on the corner of the empty road. The auto driver Lakhan Verma was arrested with the vehicle in a village of Giridih district later in the day while his accomplice Lakhan was nabbed from the Pathaldih area of the district.

The verdict has come exactly one year of the incident after a speedy trial. Coincidentally, the conviction came on the date of the first death anniversary of the Judge. The charge sheet was filed on February 22 and after five months of trial, the court gave the verdict after registering statements of 58 witnesses.

After the judgement, the defence lawyer Kumar Vimelendu told media persons that it was an accidental case and the CBI concocted a murder theory. Lakhan and Rahul both would challenge the verdict in a higher court in the stipulated time.