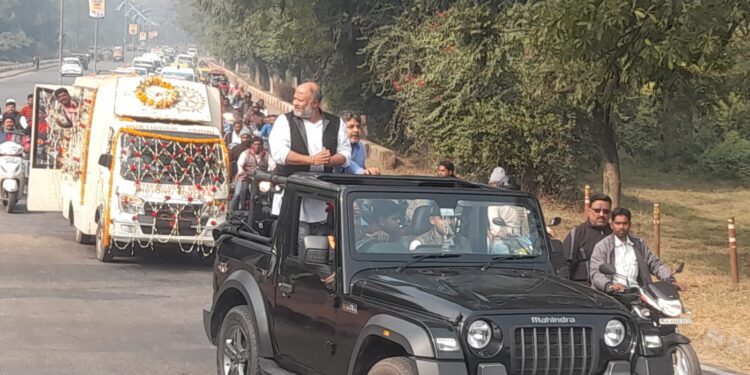 Ranchi, Dec 2: Five-time MLA and former minister Samresh Singh’s mortal remains were consigned to flames with state honour at his native village Deultand under Chandankyari block of Bokaro district in the evening today.

His younger son Sangram Singh alias Mana conducted the last rites of the former minister. At 4:45 PM, a guard of honour was given and the mortal remains were consigned to flames at 5:05 pm

The five-time MLA and first science and technology minister Samresh Singh (81) died yesterday at his Bokaro Sector-4-based residence in the wee hour of Thursday.