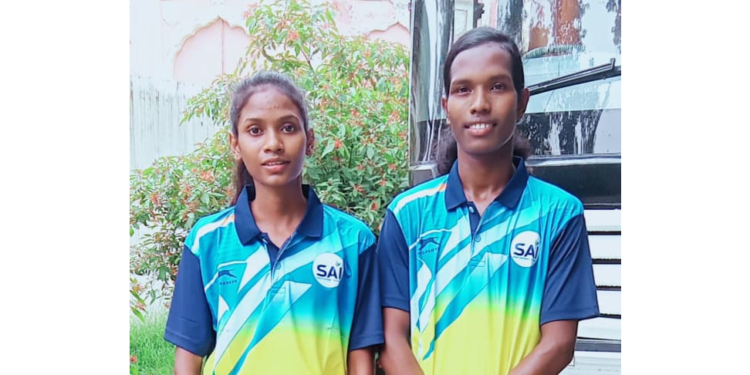 Ranchi, July 28: Asha Kiran Barla and Supriti Kachhap from Gumla have etched their names in history as they become the first two female athletes from the district to take part in the Under-20 World Athletics Championships to be held in Columbia from August 1 to 6.

The two have been selected after participating in the junior India Camp held from June 27-July 28 at Patiala and confirmed their places in the 43-member India squad.

In the recent past, the two had been performing consistently. In the 25th National Federation Cup Senior Athletics Championships held at Mohd Koya Stadium, Calicut (Kerala), Supriti won the 5,000-metre event which was completed in just 16 minutes 33 seconds.

Similarly, Asha had qualified for the Under 20 World Athletics by clocking 2:06.78 minutes in the 800m event at the 20th National Federation Cup Under-20 Athletics Championships held at Nadiad, Gujarat from June 2 to 4.