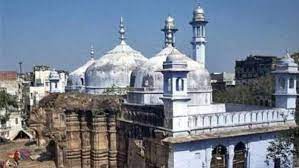 Varanasi, May 14: After the exercise continued on Saturday morning amid strict security conditions, the court-appointed team finished its survey and videography of two basements of the Gyanvapi-Gauri Shringar complex.

The Muslim side has three rooms in the basements that were locked. The mosque management committee used keys to unlock the locked rooms and allow the survey to take place.

The assessment was completed without difficulty because the fourth room belonged to the Hindu side and had no door.

The mosque management committee had previously stated that it will work with the team assigned the duty by a Varanasi court for the time being.

The survey was halted last week due to complaints from the mosque committee, who claimed that the court-appointed attorney commissioner did not have the authority to video within the mosque. The committee accused him of bias and requested that he be replaced.

The district court, on the other hand, dismissed the plea and ordered the assignment to be completed by May 17. Objections to the opening of the two locked basements in the mosque complex for the survey were also dismissed by Civil Judge (Senior Division) Ravi Kumar Diwakar.

If keys are not available to enter particular portions of the complex for the survey, the court stated locks should be smashed. It further instructed the district authorities to file FIRs if attempts to sabotage the exercise are made.

The Gyanvapi mosque is next to the famous Kashi Vishwanath temple, and a Delhi-based group of women has filed a petition asking for permission to worship daily before the Hindu deities idols on the mosque’s outer walls.