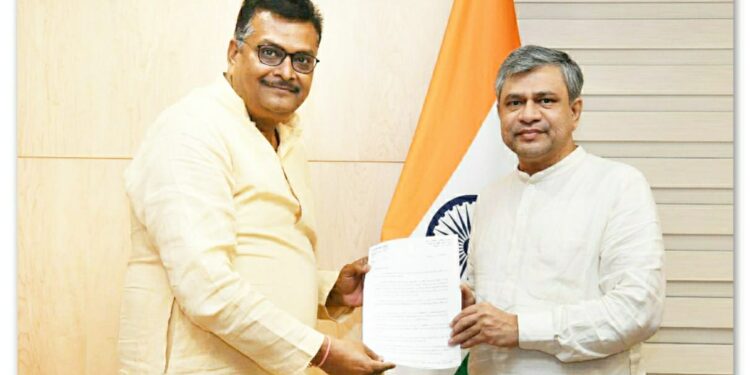 Ramgarh, Sept 27: Hazaribagh MLA Manish Jaiswal met Railway Minister Ashwini Vaishnav in Delhi on Monday and told him that at present only Hazaribagh-Barkakana and Koderma passenger trains and the rest of the goods trains are operating in Hazaribagh railway station.

The train service, which was started for Patna, is currently closed.  There was a plan to connect Hazaribagh railway station with many major cities of the country like Patna, Kolkata, Varanasi, Delhi, Mumbai, Bangalore, Hyderabad and Chennai etc. which is pending now. 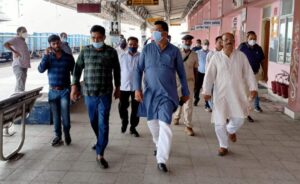 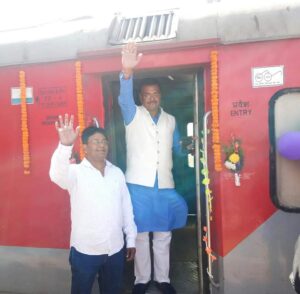 He requested that at present, the train which is operated from Hatia to Kolkata via Tatanagar – Kharagpur should operate at least two days a week to Kolkata via Ranchi- Muri- Barkakana- Hazaribagh- Koderma-Dhanbad.

Notably, thousands of children from Hazaribagh are studying and employed in South India. Along with this, a large number of patients move from here to various hospitals in Chennai including Vellore.  It is the need and demand of the moment that a train should be operated from Hazaribagh via Bangalore to Vellore and then to Chennai.