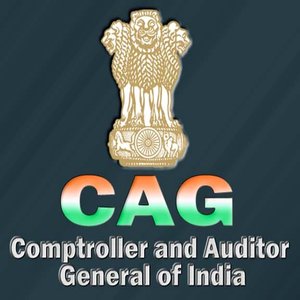 Ranchi, Aug 11: The Comptroller and Auditor General of India (CAG) in its latest audit report on finances of the Jharkhand government said that the increasing liabilities raise the issue of sustainability of the state government finances.

“Increasing liabilities raised the issue of sustainability of state government finances. Moreover, apportionment of fiscal liabilities of the composite Bihar state between successor states of Bihar and Jharkhand has not been done so far,” the CAG said.

Apart from the rising debt burden, the state has failed to earn any significant returns in 2020-21 on its investments made during the two-decade period since its formation. As it earned 1.35 per cent returns on its investments, it paid an interest rate of 6.13 per cent.

“As per annual accounts of the state ending 31 March 2021, the government had invested Rs 1,111.65 crore (in government companies, rural bank and cooperative institutions) since inception of the state in November 2000.

The country’s apex auditor also highlighted that apart from the investments, a huge amount of loans given by the government to entities were outstanding at the end of March 2021. More than Rs 3,000 crore new loans were advanced during the year.

“A significant portion of the total outstanding loans at the end of March 2021 (Rs 24,177 crore) was mainly outstanding with power companies (Rs 23,294 crore) and water supply, sanitation, housing and urban development (Rs 776 crore),” the report said.

“During the year 2020-21, the state government raised Rs 8,900 crore from the market, while at the same time, the cash balance increased from Rs 3,463 crore to Rs 3,720 crore, indicating that much of the borrowing was avoidable,” the report said.

Further, the auditor giving the details of the utilisation of borrowed funds, said that the state had to repay Rs 2,744.82 crore for earlier borrowings during 2020-21 which was met from the borrowings of the current year “leading to less availability of borrowed funds for the capital expenditure and loans and advances given by the state”.