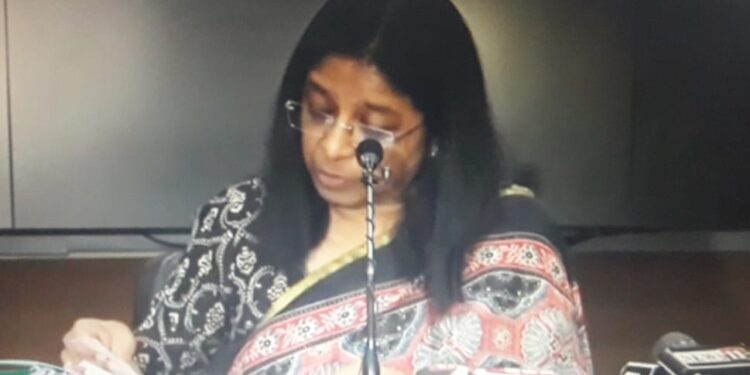 Ranchi, Sept 14: Apart from the two politically-motivated and uncertain decisions related to domicile and job reservation policies, the Jharkhand cabinet on Wednesday approved new recruitment and honorarium guidelines for the Anganwadi workers of the state.

As per the new guidelines, the honorarium is up by about 50 per cent, retirement age is raised to 62 years, provision of provident fund has been introduced and the family of Anganwadi workers will be eligible for jobs on compassionate grounds. The decision will benefit about 77,000 Anganwadi Sevikas and Sahiyas (workers) in the state.

The cabinet nominated PricewaterhouseCoopers (PwC) for implementing the National Education Policy, 2020, in the state. For this, a Project Management Unit (PMU) will be formed comprising three experts, Cabinet Secretary Vandana Dadel said.

For setting up the Azim Premji University, an MoU will be signed between the university and the state government for a 99-years lease of 120-150 acre land in Itki in Ranchi. Dadel said the university plans to invest about Rs 3,000 crore over the years.

Among the other major decisions, the cabinet approved 90 per cent subsidy to farmers for purchasing seeds of Rabi crops and an MoU will be signed under the Central Road Infrastructure Fund scheme for building railway over-bridge and under-bridge replacing the railway level crossings in the state.

The proposal of the state rural development department to construct block offices in 86 blocks at a cost of Rs 468.80 crore was sanctioned. Various road projects in Godda, Ranchi, Garhwa and Sahibganj were also sanctioned in the meeting.

Construction of the 5,000 seating capacity library in Ranchi University at a cost of Rs 62 crore was also approved. The cabinet gave its nod to the creation of 145 posts in five new colleges under the Vinoba Bhave University at an annual cost of about Rs 11 crore.

It was also decided to appoint a consultant for the project management services related to improving Ranchi’s sewage and drainage system at a cost of Rs 31 crore.