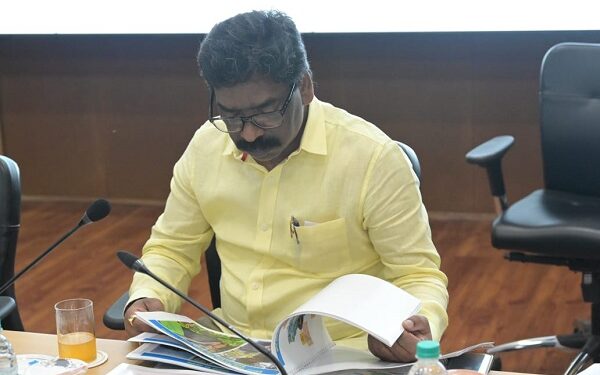 Ranchi, Sept 22: Jharkhand Chief Minister Hemant Soren on Thursday held a high-level meeting with the Superintendents of Police (SPs) of all districts in presence of senior police officials to review law and order in the state, including extremism and crime control.

Soren has said that maintaining law and order is the top priority of the government. He said insurgency and criminal incidents should be curbed at all costs so that a friendly environment is maintained. He took information about the preparations being made to maintain law and order during the upcoming festivals.

Basic facilities like electricity, water, and roads should be provided here. This will increase the credibility of the police and will help in controlling the extremist incidents with the cooperation of the general public, he added. 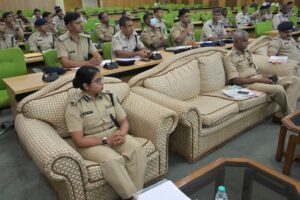 The police officers said that the required items are being continuously provided to the people through the civic action plan by the security forces in the Naxal-affected areas.

He instructed mapping of the roads, bridges and culverts in militancy affected areas. If there is a need to build a road and a bridge-culvert in the Naxal-affected areas, then complete mapping of it should be done and report it to the government.

Soren also ordered to install jammers in all the jails within one month. Complaints are being received that criminals lodged in jails carry out criminal incidents through mobile phones. This should be stopped at all costs, he said.

The festive season is starting in a few days and this time Durga Puja is happening on a large scale, which is likely to attract huge crowds. In such a situation, strong security arrangements should be made and keep the entire state on high alert till December.

There has been a steady decline in the incidents of terrorists in the state due to the operation being carried out by the security forces. The banned terrorist organization CPI (Maoist) carried out 22 incidents, PLFI 13 incidents, TPC 9 and JJMP 10.

Since 2020, there have been 108 encounters between the police and the Naxalites, in which 27 Naxalites have been killed, 45 have surrendered and 1,131 were arrested. The police succeeded in recovering 138 arms and 774 IEDs looted from the police by the Naxalites.

A total of 25 new forward posts or camps have been established by 31 March 2022 in the border areas of Budha Pahar, Parasnath, Saranda, Podhaat and Chatra-Gaya. At the same time, 15 new posts are also being created. If any militant incident happens in these areas, then the forces can be sent on the front immediately.

The ATS has got consistent success against criminal gangs in the state. It has filed chargesheet against 32 accused of top criminal gangs. 51 state-of-the-art weapons, around 10,000 cartridges and about Rs 77 lakh in cash have also been recovered from them. ATS has got success in busting many inter-state criminal gangs.