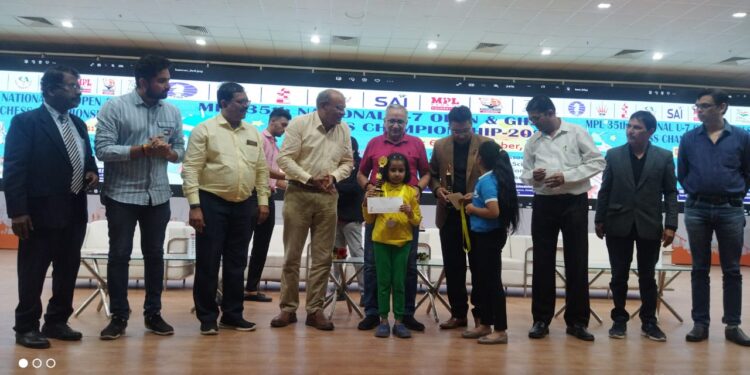 Dhanbad, Oct 11: Despite winning the last two rounds of the match, Anishka of Jamshedpur got 18th position in  MPL national under-7  girls and boys open chess championship which concluded at  Ahmadabad today.

In 10 rounds, Anishka earned 7 points and got 18th position. A total of eight girls and boys from Jharkhand had participated in the championship but barring Anishka, no other players came among the top 50.

Vedika of Ranchi also won in her last round but she got the 69th position with a total of five points. Laisha and Zaira of Jamshedpur got 74th and 82nd positions respectively with four points each.

Adrij of Jamshedpur earned 4.5 points in 10 rounds and got 151st position.

International Arbiter Jayant Bhuiya giving this information said that the performance of state players in the under-7 open national championship was not what they had expected.