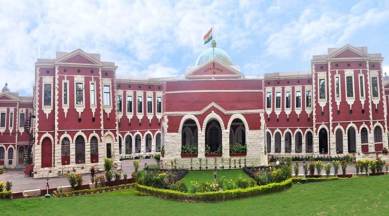 Ranchi, Sept.13: 19-yr-old blind girl, who was impregnated by rape by unknown rapist, cannot have abortion.

The RIMS director submitted a report to this effect to the Jharkhand High Court following the latter’s direction. The submission of the director is based on the report of a five -member medical board which states that the 28-week-old baby in the womb is healthy and does not have any problem.

Following the report, the high court bench of Justice S.K.Dwivedi has asked the advocate involved in the case to discuss the matter properly and then ask the court regarding the steps required to be taken in the matter in such a situation.

The state government counsel appearing in the matter assured proper arrangements for the stay of the girl in a shelter home at Ramgarh.

The next hearing in the matter will take place tomorrow.

The story of the girl, who is a resident of Itki, is pathetic. She was raped first time in 2018 by her own brother. While the trial in the matter is under process, she was raped again and impregnated in the absence of his father, who is a rickshaw puller.

The matter came to the fore when the PUCL took the matter in its hand and filed a petition before the court for justice for the poor girl.

The girl’s lawyer and PUCL activist Shailesh Poddar confirmed the development saying that it is a very serious matter and taking further decisions is challenging for us.

“If abortion is not safe, how can it be allowed? Now deciding what next is challenging,” advocate Poddar said.

Asked about steps taken to find the rapist, advocate Poddar said: “Since the victim is a blind and the case has become old it is another challenge to identify the rapist. Even an FIR has not been registered in the matter.