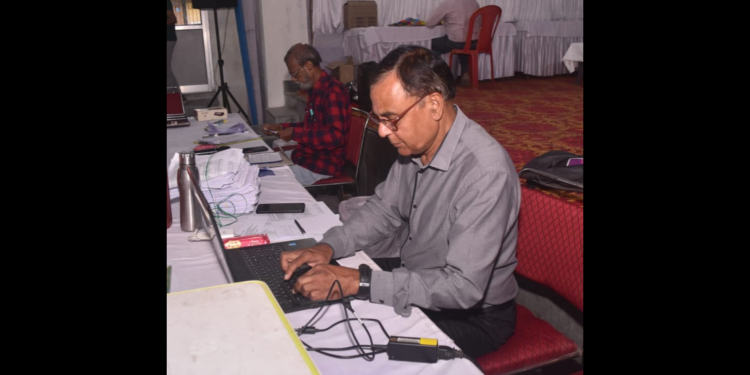 MGMMCH  blood bank official sources said he is the first sportsperson of Jharkhand who is among members of the centurion donors club.

Bhuiyan received his motivation from the first blood centurion of united Bihar SP Trivedi and donated blood in 1983 at the age of 21 for the sister of a friend since then has been donating whenever a requirement is made.

“I mostly donate for MGMMCH, Tata Main Hospital (TMH) and Brahmanand Hospital on a priority basis,” he said.

As per World Health Organization (WHO) guidelines, a person can donate blood a maximum of four times (at an interval of three months) in a year. Bhuiyan tries to compete for the quota on a priority basis.

Jayant Bhuiyan said donating blood in Jamshedpur is common and 29 donors (non-sportsmen) have donated more than him. Surendra Kumar has the highest record of donating blood164 times.

“Due to awareness, numbers of blood donors are higher here than in another district of Jharkhand. Jamshedpur’s donors (rare B negative) even go to Delhi, Mumbai and other cities in emergencies for catering to people’s requirements.