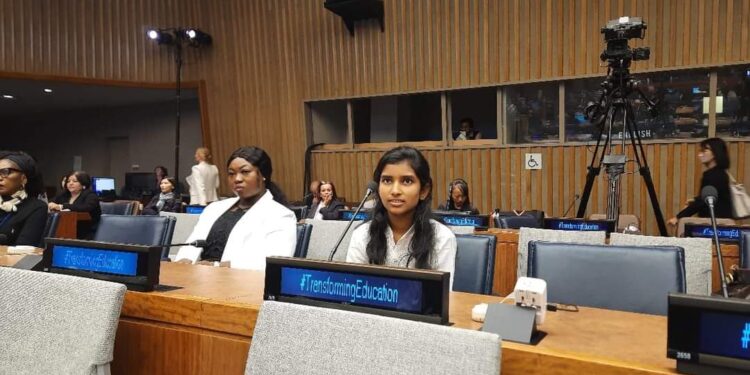 “Global leaders should invest more in education to create opportunities for children that will enable them to come out of the grip of child labour and exploitation,” she appealed at the ‘Transforming Education Summit’ at UN’s headquarter in New York on Monday.

Speaking as a child leader representative at the summit, a key initiative of Our Common Agenda launched by UN Secretary-General Antonio Guterres in September 2021, Kajal shared her past experiences as a child labourer and now as a young leader of Bal Mitra Gram (BMG or child-friendly village). 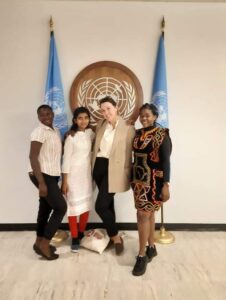 Kajal stressed on the importance of the total abolition of child labour and child marriage in India and other parts of the world. She highlighted how the bitter experiences of these evil social practices adversely impact the young minds and souls of children.

“Education is the key for children, as it allows them to break the shackles of illiteracy and poverty that forces them to work as child labourers or early marriage,” said the girl who studies geography at the Domchanch college and aspires to be a police inspector.

She worked as mica labour in the mines around her village to support her family at a tender age. After she was rescued by the BMG, she actively participated in it and was later elected as the President of the Children’s Council (the Bal Panchayat).

As President, she helped in withdrawing children from mica mines, enrolled them in school, prevented child marriages, raised awareness in her and surrounding villages and also helped the community obtain access to the governments’ welfare programs.

Kajal has stopped three child marriages and enabled 35 children to escape mica mines. She has also enabled children in her village to continue their education through online classes during the Covid lockdown through mobile apps and tutored some students.

With Covid-19 exposing the fault-lines of education systems globally, more than 130 countries committed to rebooting their education systems and accelerating action to end the learning crisis, the United Nations said in a statement after the summit.

“Instead of being the great enabler, education is fast becoming the great divider. The rich have access to the best resources, schools and universities, leading to the best jobs while the poor – especially girls – face huge obstacles to getting the qualifications that could change their lives,” stated UN Secretary-General António Guterres.

On the sidelines of the summit on Tuesday, Kajal again highlighted the importance of education at the 4th “Laureates and Leaders for Children” summit, a brain-child of Kailash Satyarthi as a first of its kind platform bringing together Nobel laureates and global leaders to build a sense of urgency to galvanize political will for making this world peaceful where all children are healthy, safe and educated.

Badku Marandi and Champa Kumari are the other Jharkhand girls who have in the past made the state proud by representing the country and voicing against child exploitation.