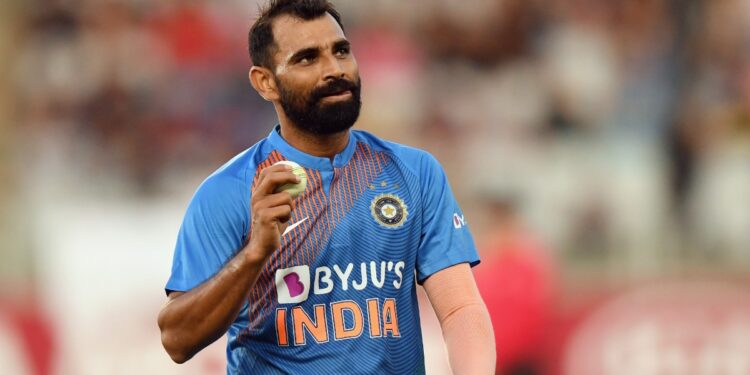 New Delhi, Dec 3: Indian fast bowler Mohammed Shami will not play in the ODI series against Bangladesh due to a hand injury, which begins on Sunday, a BCCI source said on Saturday.

After returning from Australia, where the Indian side lost in the semifinals of the T20 World Cup, Shami is said to have hurt himself during a training session. He might also be absent from the forthcoming two-test series, which starts on December 14 in Chittagong.

A senior BCCI source privy to development on conditions of anonymity told PTI, “Mohammed Shami has suffered a hand injury that he sustained after resuming training post-T20 World Cup in Australia. He has been asked to report at the NCA and has not travelled with the team on December 1.”

“Shami’s absence from three ODI games is definitely a factor but bigger worry is his likely absence from Tests where he is supposed to spearhead the attack in Jasprit Bumrah’s absence,” added the source.