National PTSD Awareness Day 2022: Know all about causes, symptoms and treatment of PTSD 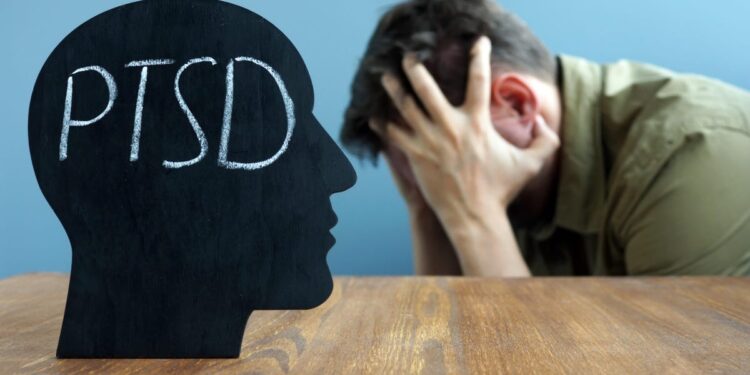 Ranchi, June 27: National Post Traumatic Stress Disorder (PTSD) Awareness Day is commemorated every year on June 27. A person may develop PTSD, a type of mental illness, as a result of a traumatic event that occurred in their life. The result of chemical and neurological alterations in the brain after a stressful event is post-traumatic stress disorder (PTSD).

The difficulty arises when the individual experiences traumatic events repeatedly and is unable to get past them. They are thinking about the tragedy so much that it is interfering with their daily life and routine activities.

Dr. Abha Ekka, Professor of Psychology at Ranchi University spoke to lagatar24.com and explained what the primary causes of PTSD are.

“Whenever a person experiences a terrifying event in their life it puts the person in a mental shock. It is not necessary that the death of loved ones causes PTSD. Many times it is seen that the survivors of road accidents who see their loved ones die in front of their eyes become a victim of PTSD,” she said.

Sexual abuse and child abuse are also some of the main reasons that cause PTSD among children at a very young age. Similarly, domestic violence is also one of the main reasons for PTSD. Notably, survivors of natural disaster such as tsunami and earthquakes also tend to suffer from PTSD as informed by Dr. Ekka.

The Hippocampus is a region of the human brain that controls how memories and emotions are felt. Additionally, compared to other persons, those with PTSD have a smaller Hippocampus. The question of whether these individuals’ Hippocampuses were smaller at birth or as a result of the traumatic event remains unanswered.

The following are only a few of the symptoms exhibited by PTSD sufferers.

How To Deal With PTSD?

Dr. Ekka explained that PTSD can be for short term as well as for long term. Many times it is seen that patients suffering from PTSD recover in two to three months whereas many times patients take years to fully recover from it.

In the initial stages of PTSD, it is really important to identify the symptoms of a person and quickly show them to a counselor as it can be treated by counseling at an early stage. However, in the advanced stages, the counselors refer the patient to therapists who treat them via medications.

Behavioral Therapy: In behavioral therapy, the therapist speaks with the victim to identify the cause of the persistently bad experiences they have and works to come up with a solution with them.

Trauma-Focused CBT: During his therapy, the patient is urged to discuss their experience and let go of the weight that is keeping them imprisoned.

Reprocessing Therapy: The patient is asked to discuss the traumatic event while gazing at the therapist’s finger during reprocessing therapy. Many people believe that this approach is successful in assisting PTSD sufferers in overcoming their trauma.