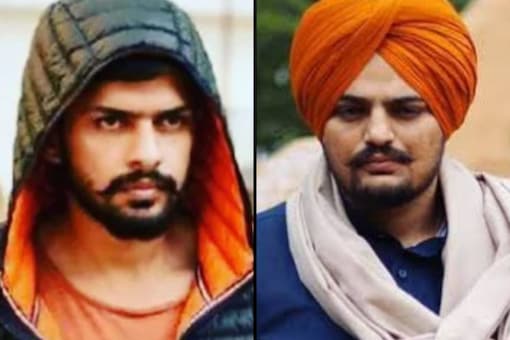 In the aftermath of the Sidhu Moose Wala murder, particular outrage was directed at the manner in which surrogates of the gangster Lawrence Bishnoi declared on social media that he had masterminded this transnational conspiracy from within the confines of his cell in Tihar Jail, writes Kaur. (Photo: News18 Hindi) 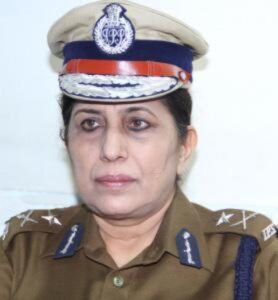 New Delhi, Sept 16: The details of the conspiracy to murder Sidhu Moose Wala — given his young age, popularity and the gruesome nature of the crime — have understandably caught the national media’s attention. In the aftermath of the murder, particular outrage was directed at the intrepid manner in which surrogates of the gangster Lawrence Bishnoi declared on social media that he had masterminded this transnational conspiracy from within the confines of his cell in Tihar Jail. (The charge-sheet filed by the Punjab Police indicates that this was indeed the case.)

The widespread shock elicited by this one crime may, however, have caused one to overlook that this is not the first crime Bishnoi is accused of having perpetrated from jail. In fact, the 31-year-old has been in prison for the best part of the past decade; indeed, it was only after he became an inmate at the high-security Ajmer jail in 2015 that his extortion and contract-killing enterprises assumed

Investigations by a special cell of the Delhi Police are reported to have found that the gangster used his detention at the Ajmer jail to build alliances with powerful criminal networks in Rajasthan and Haryana. Investigative reporters have also pointed out that it is perhaps no coincidence that a substantial proportion of those named as his accomplices in recent crimes once served contemporaneous periods of detention at this jail.

Once released on bail, the criminal activity of these accomplices is said to have been seamlessly directed by Bishnoi through Voice over Internet Protocol (VoIP) software, which requires no more than a mobile phone with an Internet connection. The ability of those engaged in organised crime to run their operations from within prison, however, is not a novel fact. Indeed, the technology used by new-age criminals like Bishnoi is merely an improvement on the methods that proliferated jails during the heyday of organised crime in the 1990s and 2000s.

The state of Bihar alone could provide enough instances of high-profile criminals living permissive incarcerated lives to fill a manual. Those from my generation or professional background are likely to still remember the fact that the state was once run from a government guest house that incidentally also happened, technically speaking, to be a prison. Anant Singh, a politician from rural Patna who stands convicted of multiple offences, is not the first nor likely to be the last politician from Bihar to be able to maintain a stranglehold on economic activity across entire districts from within prison.

The impunity of prisoners, however, is not unique to Bihar or Uttar Pradesh. A commission appointed by the Karnataka government has described vividly the opulent incarceration of former Tamil Nadu Chief Minister VK Sasikala, who was imprisoned in Bangalore jail in 2017. Last month, over 150 mobile devices were recovered from prisoners of foreign origin in Trichy alone. Even the urban Naxal Kobad Ghandy, in a recent book about his time in prison, made shocking allegations about the amenities enjoyed by the notorious gangster Chhota Rajan in the high-risk ward at Tihar jail.

The ubiquity of such examples presents a grave paradox. On the one hand, undertrials from poor backgrounds remain immured in squalid conditions much beyond the legally permissible limit, while on the other, those running large-scale criminal enterprises sometimes prefer the relative safety afforded by jails. It is not just protection from rival gangs (at the state’s expense, no less) that organised criminals are afforded in prison. Being incarcerated and still being able to commit crimes is even considered a mark of prestige by hardened criminals. This is shown by countless news reports about criminals, who in reality are at liberty, falsely claiming in extortion calls that they are calling from within the confines of prison. That this is considered to make their demands more effective and not less is surely a stark indication of the broken nature of the criminal justice system.

The inability of the state to crack down on criminal activity within prisons owes much to the way in which politicians abuse their power to retain privileges while incarcerated. The inability of the prison system to enforce rules against those who have served in high constitutional offices has inevitably framed norms that allow even relatively petty criminals to obtain mobile phones, televisions, etc, in exchange for bribes.

There are, undeniably, structural factors at play as well. It is important to understand that it is not just prisoners that are subject to institutionalisation in prison. The physical isolation of those confined and those in charge of confining them, which is admittedly unavoidable, feeds a certain distance from mainstream values.

The routine interaction of these two different types of actors — come illness, personal loss, or festivals — provides the basis for basic human bonds between them. In the process, the stigma of jail, and associated mainstream ideas about what prison life should be like, are sometimes lost on prison guards and jailers as well. The geographical remoteness of prisons in India (a fact that owes itself to British priorities), which means jailers have to live away from their families, naturally strengthens these ordinary sociological forces. The tales of Charles Sobhraj’s ability to win over his jailers in Tihar are well-known, but there is no shortage of shrewd and powerful prisoners looking to exploit the basic decency and humanity of prison guards.

It is also important to acknowledge that the differential treatment meted out to prisoners coming from different socio-economic backgrounds is inextricably linked to the wider injustice that characterises our criminal justice system. The strong correlation between access to improved, expensive legal services and substantially better bail and defence outcomes for the accused is now well-documented. The steps taken by the Supreme Court and various High Courts in recent years to boost legal aid infrastructure are thus laudatory, but it is equally important to build a corresponding culture, as exists in countries like America, that incentivises highly-qualified lawyers to take up legal aid initiatives.

The problem of crimes being committed on a large scale from within prison is not unique to India. Drug cartels in Latin America are infamous for their ability to operate billion-dollar enterprises out of prisons; this is what makes extradition, despite its inescapably imperialist logic, an appealing weapon for some Latin American governments. Thankfully, India does not face similar rates of crime and violence as these countries. Nonetheless, lax prison standards wreak serious damage to our society.

In the course of its investigations, the NIA has discovered that Lawrence Bishnoi was in regular touch with the ISI and other anti-national forces. The dismal operation of Punjab’s prisons has undoubtedly contributed to the plague of drug abuse that has overtaken the state. In Bihar, the licence enjoyed by criminals inside prison places an artificial ceiling on law-and-order improvement in the state. Indeed, this issue strikes at the foundations of our criminal justice system: by lowering the pain of prison, the value of deterrence is considerably crippled.

There are no easy solutions to the problem. Even as prisoners have adopted sophisticated communication devices, the technology deployed by our states has not kept pace. Jammers used at prisons need to be made fool-proof and adequate staff recruited for recording and monitoring videography. Considerably more resources need to be allotted to prisons for these improvements. The Central government should be allowed to guide progress toward technological adoption.

More shoe-leather methods can help, too. While the implementation of existing policies on frequent turnover of prison staff is an obvious first step, states can even explore sending a certain number of ordinary policemen (in addition to the dedicated cadre of prison guards that already exists) to prisons for a period of duty. In an ideal world, the entrenchment of prison staff could be weakened by rotating them between different states. There is, of course, a significant legal hurdle to this last suggestion: “Prisons” happen to be a state subject, and only an amendment of the Constitution can change this.

Technological adoption and smart policing, however, can only go so far. To bring about systemic change, we need to insist that no exceptions of any kind are made for the rich and the powerful in prison. Only then will decades-old norms begin to reverse.

(Nirmal Kaur is a former IPS officer from the 1983 batch. She retired from the post of DGP, Jharkhand, in 2016. Views expressed are personal)