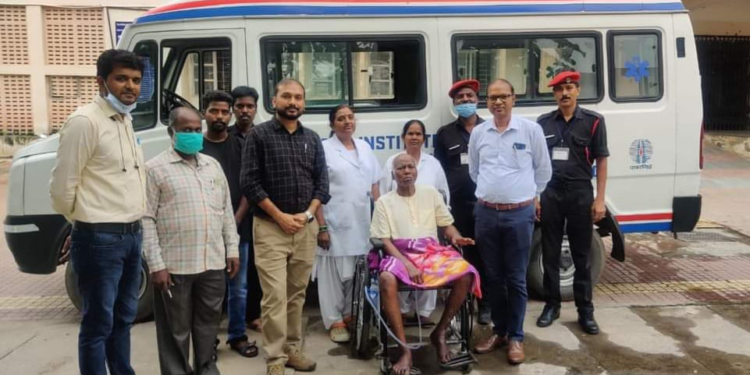 Ranchi, Aug3: Padma Shri Simon Oraon, popularly known as Jal Purush, was discharged from Rajendra Institute of Medical Sciences (RIMS) on Wednesday. He was admitted to RIMS on July 30 in critical condition after he suffered a brain stroke.

The resident of Bedo, Oraon. was undergoing treatment under the supervision of Dr Govind Madhav of the Department of Neurology. During his stay, many people including Jharkhand Governor Ramesh Bais, and Health Minister Banna Gupta reached the hospital to know about his well-being.

Dr Govind Madhav said that the decision to discharge Simon was taken after his health improved. He said that he was in a critical condition when he was brought here, but is now doing his daily activities by himself. At present, he has been advised to take physiotherapy at home. Along with this, medicines for blood pressure will continue as prescribed.

After the release of Oraon, Jharkhand health minister Banna Gupta assured all possible help. He said that his team was in constant touch with him and will continue doing so in the future too.