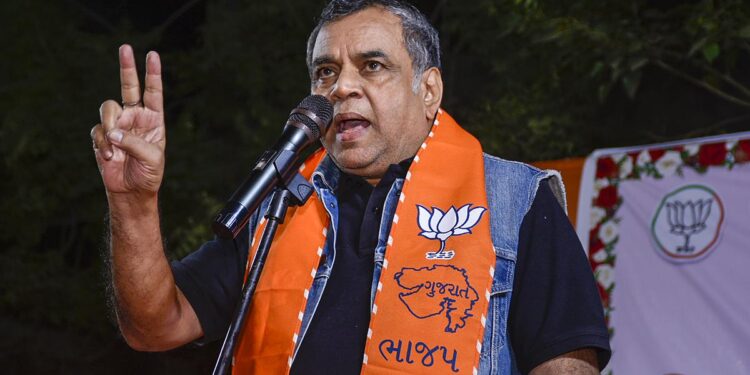 “Of course the fish is not the issue as Gujaratis do cook and eat fish. But let me clarify by Bengali I meant illegal Bangladeshi N Rohingya. But still if I have hurt your feelings and sentiments I do apologise,” actor Paresh Rawal tweeted.

Paresh Rawal has landed in a huge controversy after his remark while campaigning in Gujarat for the ruling BJP. Addressing a rally, he said the people of Gujarat would tolerate inflation but not ‘Bangladeshis and Rohingya’ next door and used a ‘cooking fish’ stereotype that has incensed Bengalis.

“If gas cylinders get expensive, they will become cheaper again,” the former BJP MP said.

“If inflation goes up, it will come down. People will get employment too. But what if Rohingya migrants and Bangladeshis start living around you, like in Delhi?,” he asked.

“What will you do with the gas cylinders? First cook fish for the Bengalis?” Paresh Rawal further said.

Paresh Rawal’s remarks were criticised by many members of the Bengali community and others on social media. Trinamool Congress leader Mahua Moitra is among those who clapped back at the actor and derided him for the ill-advised ‘apology’.

“Actually Kemchho Slapstickman need not have apologised. The second part of Cook Fish like Bengalis is Have Brains like Bengalis. Most nobel laureates than any other Indian state, buddy boy,” the Trinamool MP posted on twitter.

Notably, the first phase of the Gujarat Assembly Elections 2022 was held on Thursday. The second round of voting will take place on December 5 and the results will be declared on December 8 along with the Himachal Pradesh Assembly elections.

Kangana Ranaut back on Twitter after nearly two years