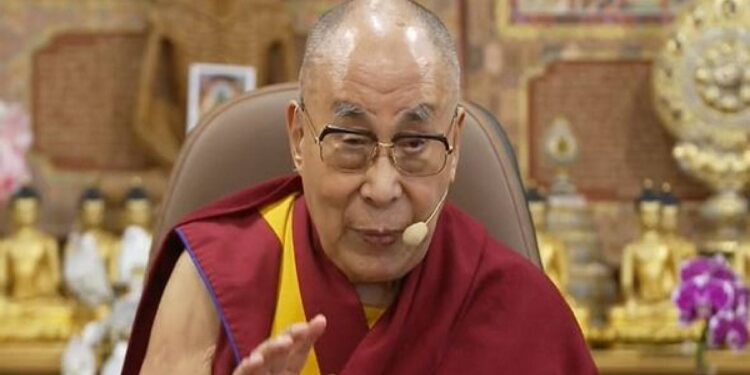 New Delhi, Sept 22: Tibetan spiritual leader Dalai Lama on Thursday said that he would prefer to breathe his last surrounded by the genuine and loving people of India, a free and open democracy, rather than among “artificial” Chinese officials.

“I told former Indian Prime Minister Manmohan Singh, I will live another 15-20 years, there is no question. At the time when I die, I prefer dying in India,” Dalai Lama said.

“India is surrounded by people who show love, not artificial something. If I die surrounded by Chinese officials…too much artificial. I prefer dying in this country with free democracy,” he added.

These comments were delivered by him at a two-day discussion with young leaders that took place at his home in Dharamshala, Himachal Pradesh, during an event hosted by the United States Institute of Peace (USIP).

The Dalai Lama, who is revered around the world for both his wise political and spiritual teachings, is often viewed with distrust by Chinese authorities. He is frequently viewed by the Chinese government as a divisive and separatist character.

The Tibetan spiritual leader had to seek refuge in India in the 1950s when China invaded Tibet without authorization. The Dalai Lama wanted to promote a halfway settlement with China to settle the Tibet issue peacefully.