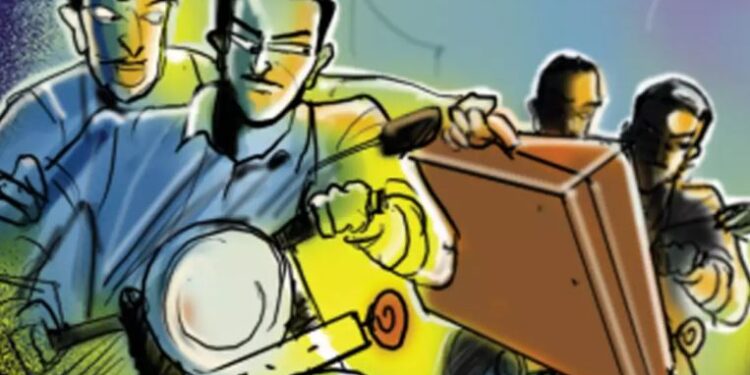 Ramgarh, Nov 25: An incident of loot from a gas agency worker has come to light on Thursday in the Mandu police station area. In broad daylight near the tribal residential school located on NH 33 Fourlane Road, the bike-borne criminals fled after snatching Rs one lakh from the gas agency worker.

As soon as the Mandu police were informed about the loot, they started an investigation. It is said that Pankaj Kumar, an employee of Tanisha HP Gas Agency Mandu, had gone from his agency to deposit the sale amount in the Bank of India Mandu branch.

However, the bank employee could not deposit the money due to a bank link failure. After this, the worker took back the money and started returning to the agency. Meanwhile, two criminals riding a black bike, who were already present on NH 33 near the tribal residential school looted the money and fled towards Hazaribag.